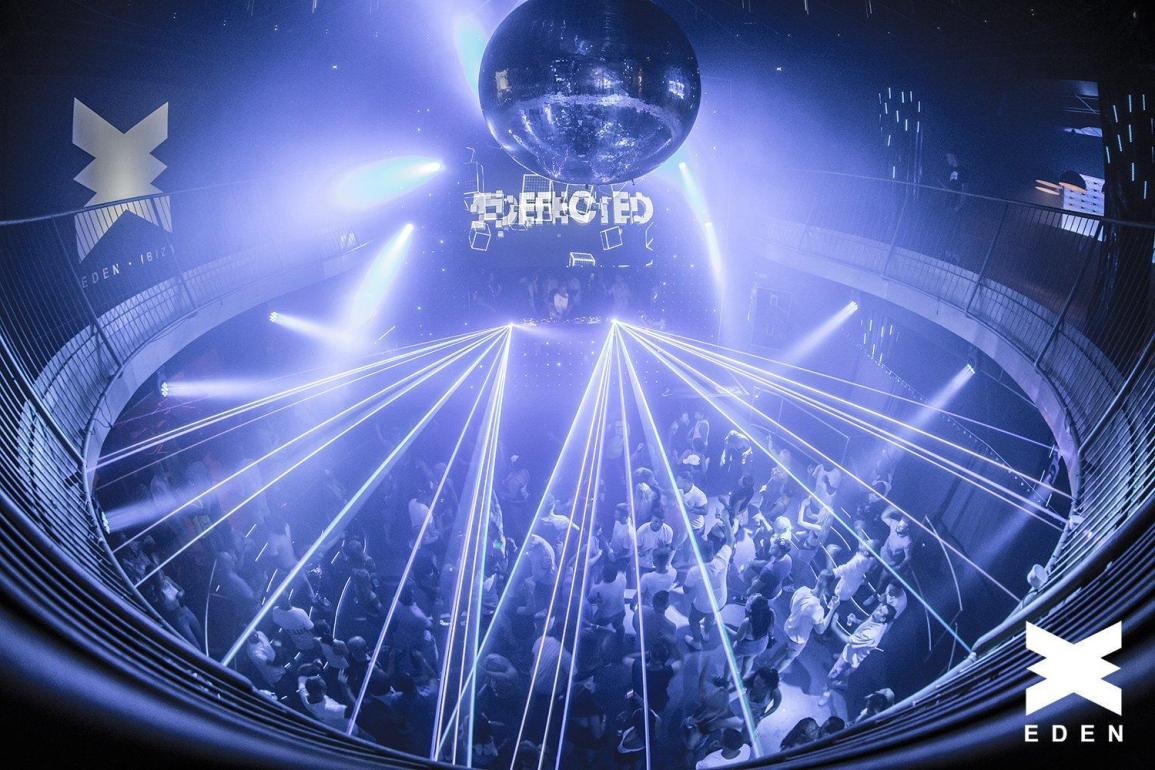 Defected will be back in Ibiza at Café Mambo and Eden club with Armand Van Helden, MK, Basement Jaxx, Riva Starr and more.

Nights in San Antonio are taking shape, as Defected announce their return to Café Mambo, as well as the programme for the season’s first twelve weeks at Eden. The programme so far features six dates for brand new residents Gorgon City, as well as headline sets from Armand Van Helden, MK, Basement Jaxx, Riva Starr, Low Steppa and Todd Edwards.

The billing for the remaining eight dates including the closing party will be announced in due course. 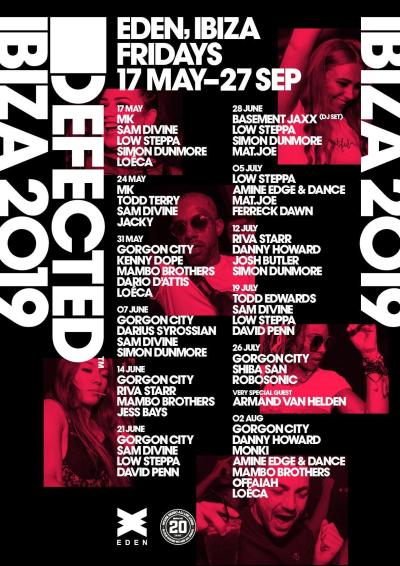 Café Mambo hosted a whole season of pre-parties with Defected for the first time in 2018. Line-ups will be announced nearer the opening of the season, though last year the weekly warm-ups featured two or three DJs on the bill for Eden that night, making it the ultimate way to kick-start a night – or weekend – on the island. As with last year, the pre-parties at Café Mambo will not be ticketed, and to mark the label’s 20thyear, advance tickets for all 20 Eden dates are available for €20, up to a week before each event.

Building on the success of the two previous seasons at the club, Defected’s 20-date Eden residency has switched from Sunday to Friday. As always, the Defected Ibiza line-up reflects the very best in house music, from the pioneering sounds of Todd Terry, MK, Karizma and Roger Sanchez, to the budding talents of Monki, Danny Howard, Jacky, Mambo Brothers and OFFAIAH – a majority of the artists having released on the label or its sub-labels in the past 12 months. Defected prides itself on being a ‘no frills, just house’ party, committed to affordable clubbing prices for the whole season, as well as consistently world-class house music, staying true to its slogan HOUSE MUSIC ALL LIFE LONG.

Tickets for all Defected Eden dates are available now: https://pages.liveit.io/defected2019/. 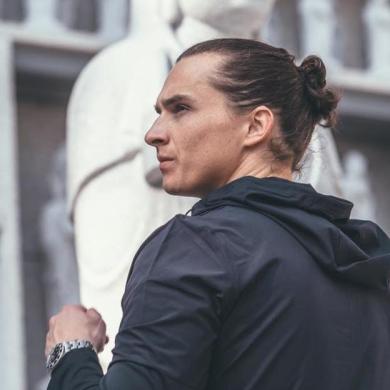