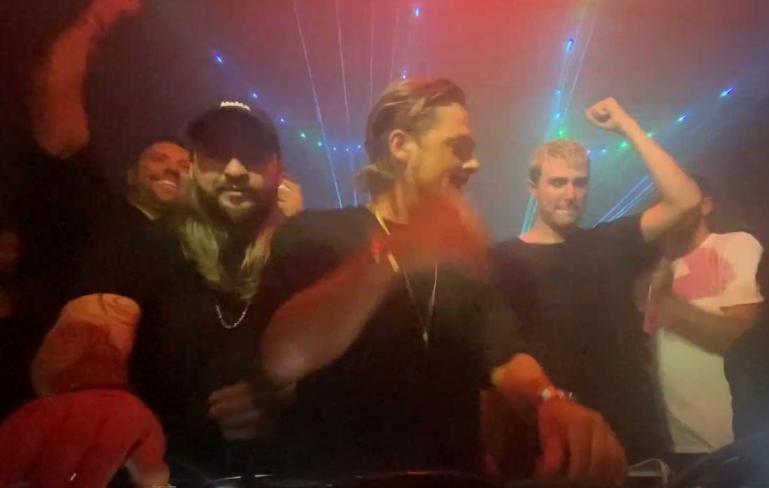 After kicking off the arena show in Miami, including some controversy and discontent from the fans as well, the Swedish House Mafia landed in New York City. The trio delivered another sold-out show at the iconic, more than 20.000 people capacity, Madison Square Garden. The show was part of the Paradise Again tour with special guests ZHU & Chloé Caillet.

At the same time windows, preciously last night, 4th of August 2022, fellow artist and Swedish House Mafia’s friend, Fred Again, was planning to throw a party in New York. Just after few days after the iconic performance for Boiler Room, Fred Again had recently released a track together with Swedish House Mafia as well.

All the clues led to thinking about the presence of the Swedish House Mafia at the party and so it was; the trio showed up together with Four Tet and Qrtr for an iconic b2b with Fre Again. Mixing good old house classics with brand new house-packed records, the four delivered a once-in-a-lifetime experience that will remain in electronic dance music history.

The full set has been live recorded and it is available below.