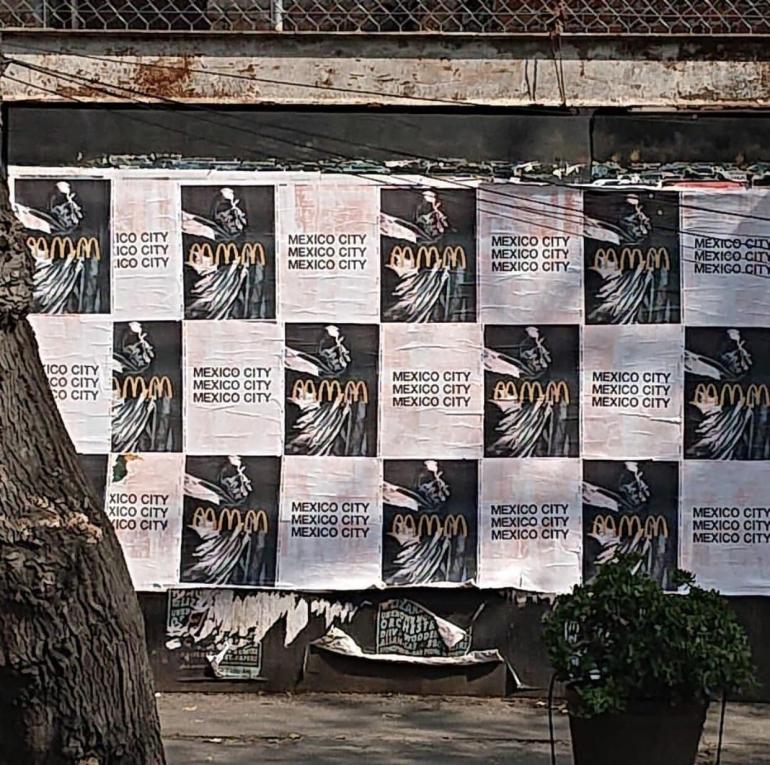 After Miami, New York, London, and Stockholm now it’s the turn of Mexico City where new posters have popped out as happened last week in Swedish House Mafia hometown.

After the recent marketing move of the trio, this behavior is not new to the fans. New posters, identical pattern to the ones that appeared in Stockholm, have been spotted in Mexico City; this time, the trio has used the McDonald logo on another Alexander Wessely photo. The name of the city has been repeated three times as happened in Stockholm. Swedish House Mafia website has also started a new countdown, ending 11/06/2018 at 15:00:00 UTC.

New Swedish House Mafia posters and billboards have been spotted in Mexico City.

Besides the type of posters described above, the Swedish House Mafia has also used the old three spraypaint logo. A billboard with it has appeared on a bridge as you can see from the photo on this article.

With a three-show sold out at the Tele2 Arena next May, the trio has for sure already planned a world tour and this thing of the posters appearing, at this point, worldwide may be the teasing method for announcing the future dates.

A thing to remember is also that, some weeks ago, Steve Angello himself at the end of his show in Mexico, has explicitly told: “Mexico, I’ll see you next year with Swedish House Mafia.”

Raiden’s remix of Galantis Runaway is out now for free

This posters campaign is happening ahead of the Swedish House Mafia press conference in Stockholm last week where the trio has announced their show in their hometown in May. After the first date, two new more shows were added going inexorably all sold-out.

Today, 1st of November, the trio has reposted on their personal Instagram the “MEXICO CITY” three-logo.

We’ll keep this article updated, as the other one, with future information or performance announcement.