London, Amsterdam, Houston, Las Vegas, Madrid, Miami and many others; the tour is called Paradise Again, as the upcoming album, and will cover 44 cities over the Summer/Autumn 2022 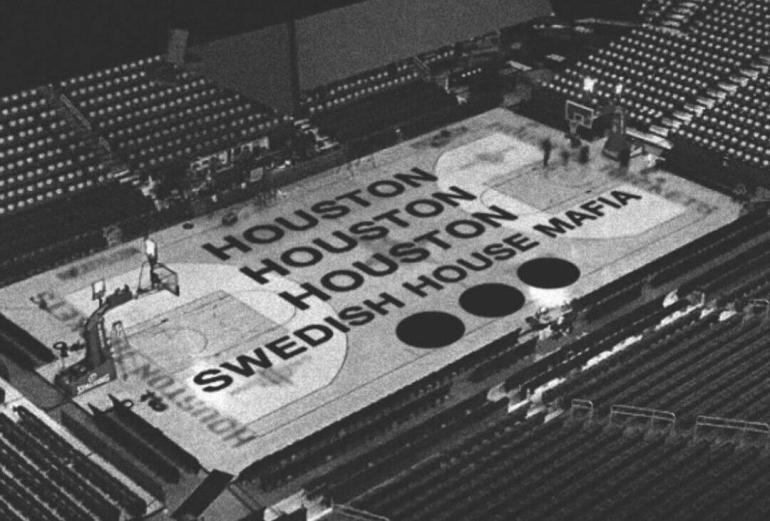 The video appeared for the first time on the well-known fan group, @teamsaofficial, and it has been recorded around the O2 Arena.

As happened in the past with billboards and posters popping out from nowhere and announcing new shows, there’s no information about a possible date or location.

The same kind of advertising was reported to be seen in Amsterdam at Ziggo Dome too by @sizehq.

The basketball field at the Toyota Center in Houston has also been wrapped with SHM logo.

The mega led wall at ARIA Resort & Casino Las Vegas has been turned on with the trio’s logo as well. It may suggest a show at the T-Mobile Arena.

Madrid and Miami are the latest two confirmations. The led walls have been switched on at the IFEMA Madrid, an event and congress center located in the North East of the city, near the Adolfo Suárez airport. In Miami, the advertisement has been seen near the FTX Arena, very close to Bayfront Park.

The trio started to advertise the arena show on Instagram stories, pointing out a new stop: Tauron Arena in Krakow, Poland.

Staying in Europe, Paris will have its Swedish House Mafia show at Accor Arena, on boulevard de Bercy, in the 12th arrondissement of Paris.


New York has been added to the list too. Unfortunately, no Madison Square Garden or Barclays at the moment but, MetLife Stadium has been announced. It’s located in East Rutherford, New Jersey, 5 miles west of New York City.

Footprint Center in Phoneix will host another show of the trio.

Ball Arena in Denver confirmed a show by the Swedish House Mafia as well as Rogers Arena in Vancouver and United Center in Chicago.

An arena North America tour is confirmed at this point.

The legendary Coachella at the Empire Polo Club in Indio, California, will see Swedish House Mafia headline the festival after 10 years.

After some testing of the arena shows, the trio officially announced the world tour. It will be split into North America/Canada and Europe. Tickets go on sale to the general public next Friday, October 29th at swedishhousemafia.com. There’s also the chance to get access to the pre-sale pre-ordering the Special Tour Edition CD. The pre-sale starts on Wednesday, October 27. At the moment, the Special Tour Edition CD on swedishhousemafia.com is available for the US and Canada only.

Swedish House Mafia have currently a show marked on the calendar in December at Audacy Beach Festival. The tour is named after the upcoming album, to be released next April.