The Berlin-based duo issues their debut appearance on Factory with an ominous melodic techno driver. 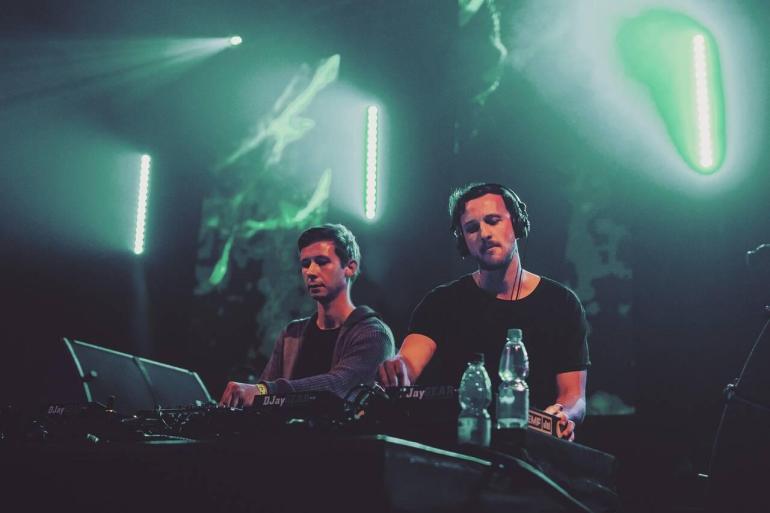 The German duo has established themselves as one of the most forward-thinking figures in the melodic techno realm, operating out of the metaphorical command center of the underground resistance. When it comes to their slow and steady rise to international recognition, the word “rebellion” comes to mind, as they’ve taken the second half of their pseudonym to heart with every move they’ve made for the better part of a decade. The ironclad collective has flown full mast into a singular sound that is unmatched in both quality and originality, with a blatant disregard for the finicky tides of the status quo.

They’ve already made legitimate headway Stateside after an unforgettable sunrise set at deep playa during their North American debut, as they continue to indoctrinate a cult-like following across each continent they encounter. Even if a few Factory 93 team members were chomping at the bit to line up a release with the elusive Township, those fortunate enough to have huddled around the 360-degree art car at the crack of dawn are still raving mad about that picturesque performance. That dust-covered experience has led us to their new single on Factory 93, more than two years later.

With a thundering kick and swirling atmospheres that foreshadow the track’s impending madness, “Signal” wastes no time in setting the tone. A labyrinth of synapse-twisting synths and earth-shaking low-end weaves together dissonant arpeggios and a cavernous groove. The lengthy breakdown sandwiched between the craziness only untangles the track’s twists and turns slightly, denying any chance of resolution where it is most needed. The fold is reintroduced with thick pads and a new wave of arps, the pulsations oscillating furiously until the final send-off descends into dark, churning territory.

Township Rebellion had to reschedule their first live appearance in Los Angeles, which would have been their first Factory-hosted headlining club show, due to lockdown orders in 2020. After weathering the storm, redemption arrived in top form in September at ROW DTLA with a special extended three-hour set alongside Boris Brejcha. As though that blistering performance wasn’t enough, we’re offered more than what we bargained for as Township Rebellion transmits their masterfully crafted sonic journey on the Factory catalog.