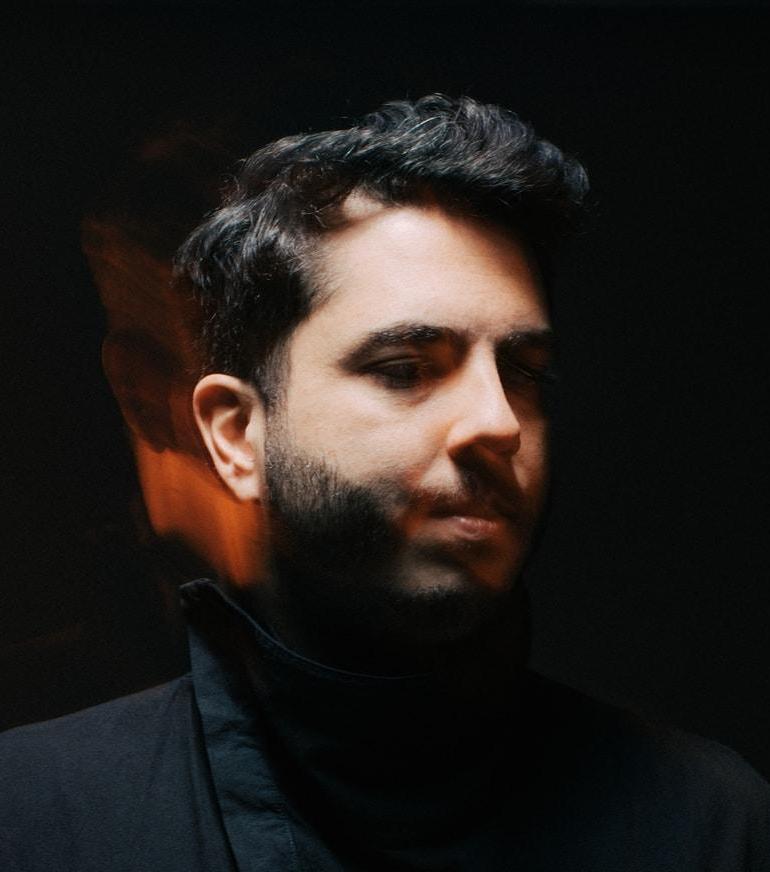 Wehbba has ensured his relevancy in a fast-changing music scene, with his debut album contribution to Drumcode showing distinct disparities and maturation from his previous two long-players.

All the way from Brazil, DJ and producer Wehbba continues to improve and develop its sound day by day earning a spot into Drumcode’s roster. Straight Lines & Sharp Corners is an expertly configured montage of instrumental; it offers not only a deep look into Wehbba’s refined skill set in the studio but also proposes an immersive conceptual study that echoes a tenacious dedication to his craft.

Kicking off with Prelude: Goya, the track lays a deeply evocative foundation for Straight Lines & Sharp Corners album; it highlights the affinity between connection and conflict, using harmonious contrasts of tension and bliss. With flutter of arpeggiated sequences that run parallel with the organic sensibilities of his field recordings, Wehbba tells us the prelude narrates his daily journey to the market. For this reason, he provides a raw and relatable quality often lacking within the techno landscape.

Deluge brings melodic synths to a slowly evolving Techno track, moving from the classic formula with arpeggiated acid synth and syncopated synth leads. The hard and raw beat perfectly collides with the melodic lines creating a feeling of ecstasy.  The follow-up, Basic Pleasure, taking inspiration from the barren landscapes of Blade Runner from whence the track gets its name (the ‘Basic Pleasure Model’, Pris), the fast pulsating bass lines, loud ‘laser’ leads and ‘rave hoover’ sounds are the heart of the record. Venturing into Dove Rush, we’re reminded of Wehbba’s mastery for propulsive cuts. He fuses robust percussive elements with euphoric synth melodies to promote his intelligent yet driving strain of underground music. Next on Straight Lines & Sharp Corners album Brainflex: Interlude is inspired by the liberty and comfort of the 90s experimentalism. The tune serves as the LPs palette cleanser. Following a series of intoxicating highs from his opening cuts, Wehbba provides listeners with a much-needed period of reflection, with hypnotic riffs stimulating and introspective response.

No Sleep is another galvanic addition to the album’s streamlined concept, incentivized by the lack of sleep inherent to Wehbba’s relentless touring schedule. Harnessing native sounds from the idyllic vistas of Bali’s jungle and coastline, he permeates the synthetic components with these organically recorded textures. Motivated by David Caretta’s fiercely raw basslines, Wehbba enlists the French pioneer’s production talents for Sharpshooter. With the track, he delivers an electroclash masterpiece that represents infused Techno in its most tailored form. The succeeding track Second Nature, as the title would suggest, echoes Wehbba’s authentic composition process; a free-flowing progression led by the music with little manipulation from Wehbba’s side. The effects are honest yet dramatic, with the cut proving to be a mesmeric peak-time anthem.

The musical references on these works trace back to the 90s, when I started listening to electronic music and had no judgement of what was cool – when I was totally free. So they represent, without any filter, what touched me, ranging from braindance to goa trance, from ambient to hard house, and from drum n’ bass through every single mutation of techno and house music. – Wehbba

Residual Self describes the nostalgic raver days through current optics; the track is a compelling offering reflecting Wehbba’s journey of self-discovery as an artist. Inspired by Brazil’s golden era of dance music Wehbba uses analog drums and timeless club synths retracing his youth as a producer. Coupf Of Doubt project started more than five years ago with Wehbba’s turbulent emotions at its core. Over this huge period of time, the artist tweaked the aesthetics of the track to align with the album’s deep-rooted concept. Wehbba alludes to the idea of self-doubt through futuristic tones and playful arrangements.

Monocule teams up with LAMAS (BR) for ‘Your Eyes’

Fully demonstrating his scope across multiple genres, the album’s penultimate track 14th To Grand Central adds a dimension of ambient fluidity to the diverse collection of productions. Documenting his journey from 14th Street to Grand Central Station in New York with field recordings, the ethereal cut is reflective of the depth and detail in life that we often fail to recognize. Closing the journey we found Digital Sunset; a sonic analogy of the peace and tranquillity felt when watching the sunrise in the early morning after an intense euphoric club experience. Using twisted harmonies and glitchy percussion to enact how the beautiful and the abstract can coexist, Wehbba enlists L_cio and his inimitable flute mastery to establish a ‘Café del Mar’ ambiance.

Alongside this masterful anthology of productions, Wehbba explores the medium of film with a short movie titled Form In Transition. Narrating an original poem with fervid poignancy, Wehbba studies life’s paradoxes and their role in shaping the mosaic of humanity, whilst touching on an enlightened ambition to live with untainted intent. Capturing the architectural beauty of Barcelona’s cityscape, director Laiae Flynn serves a deeply tranquil visual accompaniment, sound-tracked by Wehbba’s ambient 14th To Grand Central. Completing his panoramic Techno opus, Wehbba unveils a new hardware-only live performance format, Wehbba Live Station, alongside his album and visual affiliates. Following a 10-year live setup hiatus, Wehbba embraces visceral vulnerability as he prepares to welcome a new perspective on mixing.

Wehbba has ensured his relevancy in a fast-changing music scene, with his debut album contribution to Drumcode showing distinct disparities and maturation from his previous two long-players. Shedding all self-conscious tendencies, Straight Lines and Sharp corners is reflective of Wehbba’s evolution as an artist and his desire to champion what resonates with him rather than faddish trends; to compose with purity of intention.