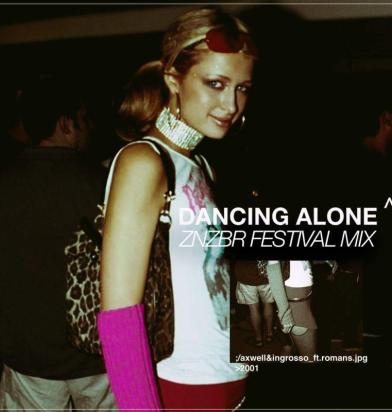 DJ & Producer from Tel Aviv, ZNZBR remixes the euphoric track “Dancing Alone” by our favorite Axwell & Ingrosso, boosting it with more energy and enthusiasm compared to the original.

Progressive house is a genre that is never going to die and currently the scene is getting flooded with such magical vibes. This remix coincides marvelously with the festival season creating a great emotion and vehemence at the same time. Many of the famous producers have changed their style these days and the scene is not the same like it was in the early 2010s but now, those same artists are returning back to their roots and new artists like ZNZBR are also tagging along with them.

The original track by Axwell & Ingrosso had a pop-friendly melody but now this guy has successfully managed to convert that into a nostalgic track.

ZNZBR comes from a place which is a hometown of many successful producers like Teamworx and Borgore to name a few, and he is definitely one of the hottest new acts to be a part of this music industry. He had previously remixed a phenomenal track by David Guetta called “2U” that features Justin Bieber’s vocals. This Israeli based producer is supported by artists such as Corey James, Teamworx, Mr. Black and he has shared stages with DJs like Third Party, Matisse & Sadko, Coone, etc.