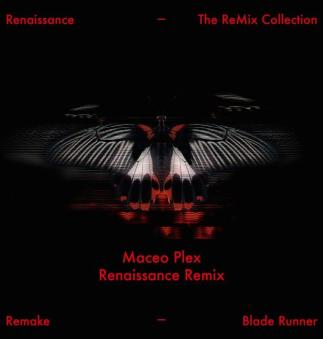 The Ellum Audio head honcho, renewed DJ, and producer Maceo Plex created his version of a famous Remake’s 1992 edit of ‘Blade Runner‘ record. The original version was composed by the Greek Vangelis for the original Blade Runner movie from 1982. Remake’s rework brought the haunting, sci-fi sound design of the soundtrack to the dancefloor.

The original Vangelis soundtrack for the movie Blade Runner is my all time favorite cinema soundtrack. And one of my favorite records from the early ‘90s is the cover Blade Runner by Remake. So I wanted to make my own version to honor this special music and add a little something personal in this new remake.

After a massive Tale Of Us Remix, Renaissance Records drop the Maceo Plex remix for ‘Blade Runner’

“I love the futurism behind the track but it was important to still keep it sounding pretty with a good melody and breakdown but not go over the top. I tried to find a nice balance between all the elements and keep it both timeless and relevant while honoring the original work,” – Maceo Plex about his remix

This remix came out on the famous UK label Renaissance Recordings as the part of their ‘The Remix Collection’ series in which classic and legendary dance tracks get contemporary reworks to make them suitable for this age of time and current trends.

Mace Plex ‘Blade Runner’ remix follows Afterlife founders Tale Of Us’ remix of Energy 52’s ‘Café Del Mar’ which came out earlier this year as well as the inaugural record from the series in form of Solomun’s rework of another 90s trance classic ‘Age Of Love’.

You can buy this record here.