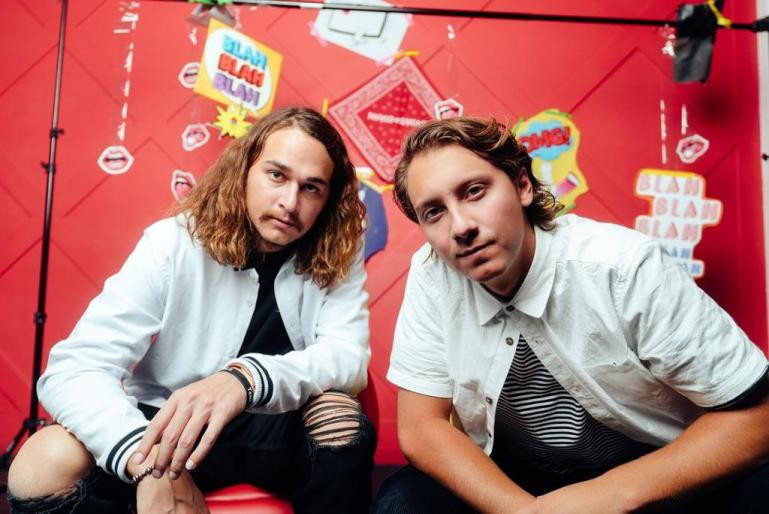 "When the song was created, the world was going through a hell of a rough time, so we wanted this song to have a deeper, subliminal meaning"

Kicking-off the single is Mougleta, who lends her sweet and sultry vocal notes over the delicate piano chords as she continues to build the song’s momentum with her belting melodies. Niiko x SWAE lay the foundation for the track on ‘Blah Blah Blah’, where they add their signature heavy undertones and rhythmic flare to craft the perfect pop-dance record. Following a set of massive releases this year, ‘Blah Blah Blah’ will see the LA-based duo continue their upward trajectory as one of the most exciting acts in dance music today.

Niiko x SWAE reveal the track is about, “Tuning out the bad so you can focus on the best aspects of your life, whether it’s the people around you or just living in the moment. When the song was created, the world was going through a hell of a rough time, so we wanted this song to have a deeper, subliminal meaning. Mougleta came in and was able to paint that lyrical picture perfectly while adding her own creative vibe to the track!”

It’s that feeling when you lose yourself on the dance floor and give in to the night, but you’re still carrying that pain that haunts you on your way back home. Feeling nostalgic and longing for new love, yet holding on to what hurts the most, trying to let go. – Mougleta


This year has seen Niiko x SWAE release some of the biggest tracks of their career through the industry’s most respected labels including Hardwell’s Gemstone, Proximity, Thrive Music and now Don Diablo’s label HEXAGON. Their recent single ‘Friends’ has surpassed 1 million streams across platforms, charted at #11 on Beatport’s Best of Dance chart and was named Music Choice’s “#1 Added Dance Song of the Week”. Niiko x SWAE joined the roster of Prodigy Artists (NGHTMRE, Deorro, Whipped Cream, SLANDER) earlier this year and have proven their ability to stand alongside the industry’s most elite artists with their chart-topping music.

Jako debuts on Discovery Project with ‘Everybody Needs Somebody’

Born in Dubai, Mougleta is a Berlin-based Canadian singer/ songwriter who fuses traditional-oriental influences with Western pop sounds. Mougleta continues her streak of carefully produced gems which have racked up well over 20M streams and more than half a million monthly listeners on Spotify alone, while her rising house hit “Dancing in the Dirt”-  with buzzing dance collective Glockenbach – continues to break through into the mainstream across Europe. Drawing her stage name from the Jungle Book character Mougli, Mougleta’s musical jungle tells empowering tales of heartbreak and absolute happiness, dreams and magic.