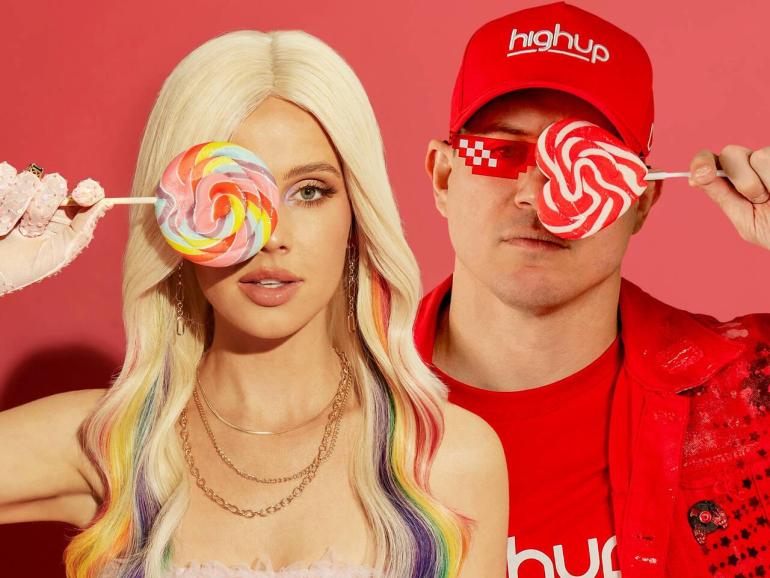 Highup and Tigerlily team up on their new single “Lollipop,” a sultry, fun gem that was made to fill dance floors all over the world. “Lollipop” gets things going right away with a catchy vocal riff and a kickdrum-focused beat; Highup and Tigerlily coax the beat into a driving, bouncy drop, making for a foot-stomping and booty-shaking conclusion to this fire track. Highup’s “Keep It” on Generation HEX / HEXAGON, “The Rise” on Musical Freedom, and Tigerlily’s “Me, You & Tequila” ft. AYDAN on Universal Music are the first collaboration between the startup producer and Australia’s leading female DJ.

Despite the fact that Highup is a relative newcomer to the scene, this talented young producer has already made a name for himself. He has received support from Tiesto, Hardwell, Afrojack, R3HAB, Dimitri Vegas & Like Mike, and others with releases on Sony, Musical Freedom, Revealed, Smash The House, and others. His trademark electro-bass fusion sound has proven to enthrall audiences all over the world, and he’s only getting started.

How Do I Become a Music Producer?

DJ Tigerlily has established herself as one of Australia’s most prominent female artists, having been voted Australia’s #1 female DJ for three years in a row in a show. Her high-energy live sets have taken her to some of the world’s most prestigious clubs, including Hakkasan in Las Vegas and Create Nightclub in Los Angeles, as well as Club Octagon in Seoul and Echostage in Washington, D.C. She has also performed at iconic festivals such as Lollapalooza, Ultra Music Festival, and Tomorrowland before the pandemic. As a brand ambassador for JBL, Samsung, and Tropeaka, this female powerhouse is also a businesswoman. Keep an eye out for more from Tigerlily and Highup in the near future!