The label has been releasing some stellar tracks this year and has also given birth to many hits in the past. If you’re ready for an out-of-body experience, look no further than ‘Gravity’. With its powerful sound and a big bouncing bassline with electrifying synths & a vocal riff, the record is a perfect weapon for every DJ. 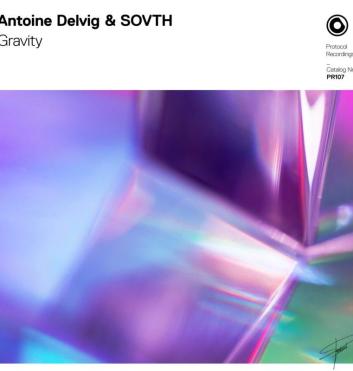 Antoine Delvig may be a freshman in this scene but he has already made appearances on the likes of major labels like Revealed, Axtone, SPRS, Hysteria to name a few. Axwell & Ingrosso have supported his previous release called Jack That Body in many of their sets; even that track was supported by big names in dance music including major festivals like Tomorrowland. The future totally looks bright for Antoine Delvig, SOVTH & even Protocol Recordings.

SOVTH‘s first release, in collaboration with Havoc & Lawn, was released on groove king Kryder’s imprint, Sosumi Records. They are three Italians who have a lot of love for music and are into the groove and progressive house scene for quite sometimes. This is not their first release on Protocol Recordings; they’ve been a part of this family even before. SOVTH have released quite a few tracks on Protocol as well as other labels like Flamingo Recordings, CODE Red, Doorn Records and last one on Tom Staar’s imprint Staar Traxx. Many other producers have supported their music, to name a few we have Daddy’s Groove, Merk & Kremont & Gregor Salto.