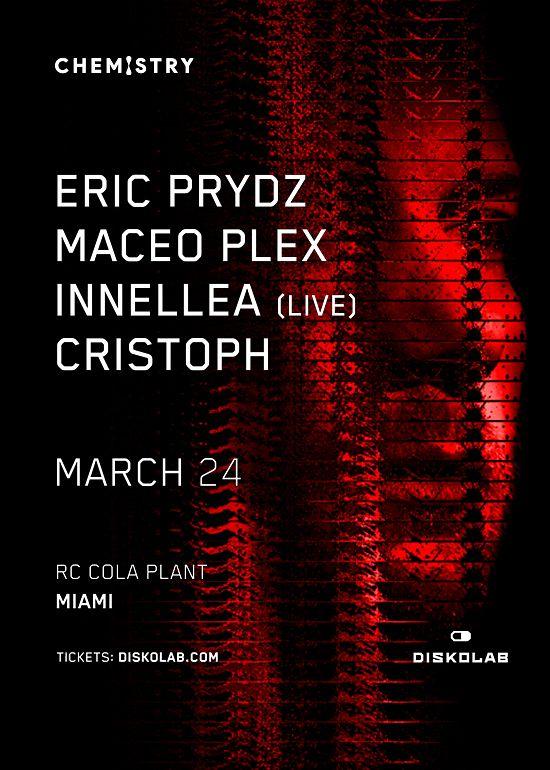 Legendary DJ and producer, Eric Prydz has just announced his personal show during the Miami Music Week. It will take place on Thursday, March the 24th at the RC Cola Plant in Wynwood. The lineup includes, besides the master, Maceo Plex, Innellea, and Cristoph.

The electronic dance music world is gearing up for its annual global reunion in Miami; after two years of stop because of the pandemic, the Miami Music Week is ready to kick off at the end of March in Miami. The highlight of the event, the Ultra Music Festival makes its return at Bayfront Park from the 25th to the 27th. What’s the best way to kick things off with a proper party before the big event?

Eric Prydz welcomes Maceo Plex who has closed last year on his Ellum imprint with Revision. Innellea will also join the mega event and, it will be a live set as well as part of his Distorted Youth tour. After an incredible sold-out debut show in London, Innellea will also land in the United States for, what we are sure will be an incredible show. Last but not least, long-time Eric Prydz’s friend Cristoph will also join the stage during the night.

Tickets will be available this Thursday at 1 PM EST via Tixr.