FaderX are back on Protocol with their new single ‘Critical’ 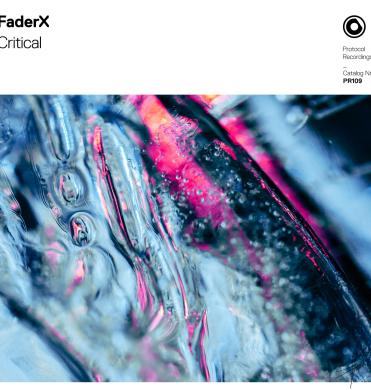 All the way from Italy, after collaborations with Maximals and Tom Tyger, FederX is finally back with their first solo single called ‘Critical’ on Nicky Romero‘s Protocol.

With its heavy-hitting and club-friendly vibes, ‘Critical’ is all that you need to take the party to the next level. Bouncy, scintillating bassline and funky melodies are the key parts of the record; starting with a siren and uplifting melody, ‘Critical’ delivers a drop made by hypnotic and fast melody accompanied by an enveloping bassline. The drop leads in a recharging breakdown to then flow into an explosion of energy in the second drop.

FaderX ‘Critical’ is the debut solo single by the Italian trio on Nicky’s Protocol.

As told at the beginning, FaderX are not new to Protocol; they debuted on the label with ‘CNTRL’ together with Maximals for last year Miami EP followed by ‘Cabrio’ on the Protocol presents Amsterdam Dance Event EP; his first solo track on the label was ‘No Rush’ followed by ‘Rave Me’ with Tom Tyger. ‘Critical’ is their debut on Protocol with a solo single.

Since its founding in 2012, Protocol Recordings has grown from a record label to a truly multi-faceted household brand in electronic music – but they’re still only getting started. Nicky Romero created Protocol to be a place of camaraderie between forward-thinking artists, always daring to break the mold through innovative sounds and the development of emerging artists.