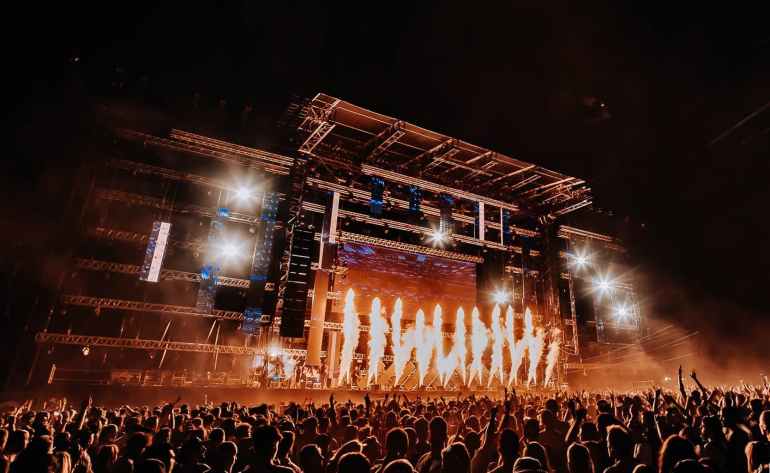 It’s time to say goodbye to 2020 as soon as possible, and it’s time to say welcome to 2021 and to a real renaissance. These are the reasons why today Decibel Open Air 2021 reveals its first wave of acts.

Decibel Open Air lineup is a spectacle, with many top players on stage. Paul Kalkbrenner is a real superstar, thanks to his 8 albums, his concerts in the most important festivals, his cult movie “Berlin Calling” and related soundtrack; Amelie Lens is a real techno queen: she plays in the best clubs and festivals, her Exhale parties and LENSKE (her label) releases are massive; charismatic and effective Ben Klock is resident at Berghain/Panorama Bar from its kick-off in 2004; in 2015 his set won “The Essential Mix Of The Year” (BBC Radio 1); Fisher is considered of the global house superstars behind one of the biggest dance floor anthems of the last 10 years with “Losing It”; Richie Hawtin is a huge electronic music teacher, innovator, and experimenter, in 2015 he was presented with an Honorary Doctorate of the University of Huddersfield.

Kölsch has built a reputation around his emotional brand of melodic techno, collaborating with the likes of Coldplay, Imogen Heap, London Grammar, Tiga and Michael Mayer; Solid Grooves boss, Dj Awards winner, Michael Bibi is a name that resonates with many for quality and something different: making music, playing music & a love for the party scene are the three things that motivate this man; Pan-Pot music placed a primacy on integrating electronic experimentation with minimal stylings while simultaneously establishing the ominous, murky sounds that have since become synonymous with their name; dutch techno master Reinier Zonneveld musical talent truly stands out during his live performances and he’s closing off this year with a new EP on his label Filth On Acid; Wade is practically unique, mixing convincing rhythms along with hip hop details, such as vocals and percussions.

999999999 is an Italian techno duo, well respected in Italy and worldwide; multi-talented artists, musicians, producers, and live act Giolì & Assia have plenty of strings to their bow; Giorgia Angiuli is a classically trained musician, composer, and multi-instrumentalist. Very early on she developed a strong interest in electronic music and started to experiment with new live techniques.