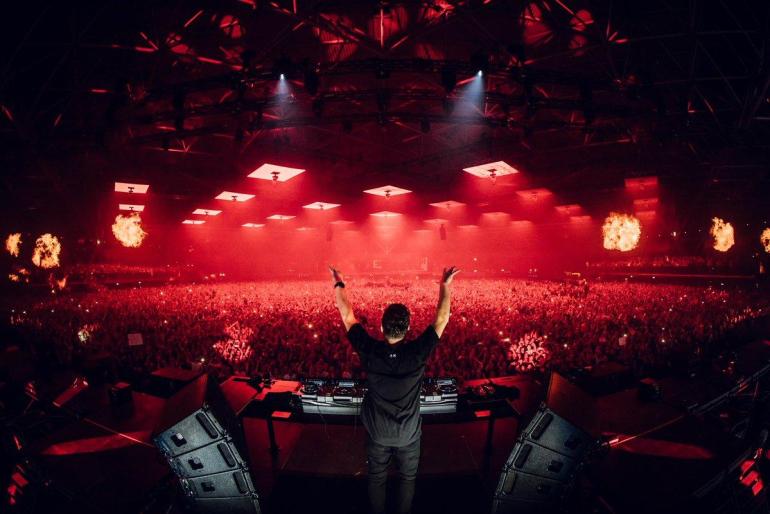 [vc_row][vc_column][vc_column_text]Amsterdam RAI, 19th October 2018, Martin Garrix has just opened his performance with a brand new Intro ID that has rapidly been reposted by Matisse and Sadko.

Martin Garrix performance during ADE at Amsterdam RAI is one of the most waited of the entire conference, not only because he usually showcases new music, but also because of the incredible attention of every artistic detail.

As everyone expected, Martin has showcased a brand new ID Intro for his show; it sounds like a mix of Martin Garrix, Matisse and Sadko and Magnificence vibes. It kicks off with a not well-specified vocal in the typical Martin’s style, filled by heavy uplifting melodies and hard percussive rhythms. The whole melody jumps into the explosive drops that, at a first hearing, really follow Magnificence signature sounds.

Martin has also played several new IDs during the show and you can easily found the videos below as well as a small photos gallery posted by Martin himself on Twitter. The EDM wonderboy this week has also released a brand new five-track EP available now worldwide. You can check it following this link.[/vc_column_text][/vc_column][/vc_row][vc_row][vc_column width=”1/2″][vc_column_text]

Amsterdam night 1 was magical… So so excited to finally premier the new show! Can’t wait for round 2 today. ????????❤️ pic.twitter.com/TGQkdRpZIi