From Julian Jordan to Deniz Koyu, it’s a packed September on STMPD 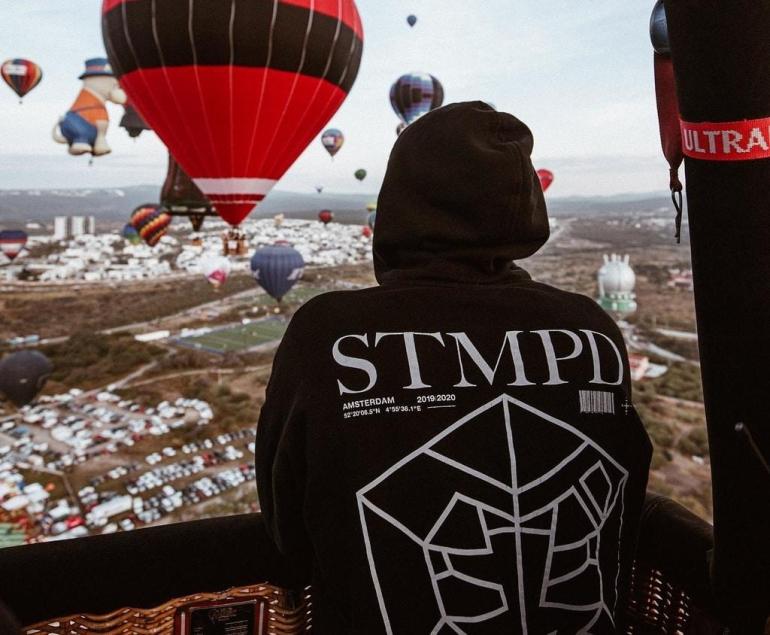 Launched at the beginning of 2016, the last 4th of March, Martin Garrix’s imprint has celebrated its 4 years of activity. 2020 hasn’t been the easiest way for the dance music industry because of the pandemic but STMPD has been one of that label that has continued to release high-quality music, no matter what, over the year.

Now, summer is over and we’re already in the middle of September so, what’s the best way to lighten the working days with some good new music? Over the last two weeks, STMPD has released seven new tunes featuring artists such as Julian Jordan, Deniz Koyu, NOTO, Martin Garrix’s side project Ytram and more.

First of all, out the 2nd of this month, Todd Helder’s brand new release Feel Alive finds its inspiration in one of his earlier STMPD releases ‘Talking About Me’. ‘Feel Alive’ focuses on going through tough times, but managing to find your way back up again. It makes for an inspirational and hopeful track that’s fitting for the year 2020 has been so far. With this new track, Helder proves once again that he has been called the future of electronic music for a reason. Not new to SMTPD, Helder has already released a couple of banging tune on the label.

Only a day later, beats are getting harder with Sikdope & Ibranovski Monster. The two producers were going back and forth about a collaboration for a while but locked down their idea once quarantine started at the beginning of the year. Working from Poland and The Netherlands, ‘Monster’ was born soon after. The track is a great reflection of both artists’ signature sounds combined, while the vocal sample gives it that little bit extra. With Sikdope gravitating towards house music lately, the idea behind ‘Monster’ was to create a 128 BPM house track that’s fitting for both festivals and radio as well as on STMPD catalogue.

Premiere almost a month ago when Martin Garrix closed the mainstage of the virtual Tomorrowland Around The World edition, Fire is Martin Garrix’s latest release. The exciting ID set tongues wagging right away, with some of his closest fans immediately recognizing the new Ytram sound. ‘Fire’ explores the many different layers both artists have to them, and Elderbrook’s mesmerizing vocals make for a perfect combination with Ytram’s deeper house sounds.

I got introduced to Elderbrook’s music by a good friend and immediately loved his sound. I was listening to it non-stop during my holidays when he actually reached out to me via Instagram after one of his tracks ended up in my stories. It was all super fluent and organically, which I love. We just hit it off and this was the end result. – Martin Garrix


Ytram’s music hits a different path for Garrix, who has been a frequent explorer of new sounds, always looking for ways to innovate and challenge himself. However, the collaboration with Elderbrook has developed as a natural surprise to everyone, including the artists themselves. Spontaneously coming together, Elderbrook reached out to Garrix after he heard his music in one of Garrix’s Instagram stories. A series of conversations led to the artists working on some music together and creating ‘Fire’ in the two weeks after.

Martin is someone I have always been a fan of and during lockdown I saw him post a clip of my song Numb, so I reached out to him to see if he wanted to work on something together. It was at the height of lockdown and we had to work back and forth on the song over zoom. We have still not met each other yet which is a crazy thought, but we do have a great song and cannot wait for everyone to hear this. – Elderbrook

First time on Martin Garrix’s STMPD, you may remember NOTO from the Aftermath EP on Axtone. After watching label boss Martin Garrix’s Ultra Music Festival 2019 set, NOTO started writing some demos which included the initial idea for ‘Mantra’. After exchanging a couple of emails, Crime Zcene and NOTO decided to complete the track together. Inspired by each other, they managed to combine both their unique sounds with an incredible outcome. ‘Mantra’ was one of the 8 ID’s in Garrix’s Tomorrowland Around The World set and will now finally be available for everyone.

The day after STMPD has welcomed back Mr. Deniz Koyu with his Flavours. Written together with NØ SIGNE the track was also premiered in Martin Garrix’s Tomorrowland Around The World set, the lyrics perfectly fit the amazing groove of the track. Warning; there is a banger coming your way.

After his latest release Nobody Knows ft. Feldz, Julian Jordan will now be making waves with his next banger, and when Jordan and American rapper TITUS team up, you know you’re headed for something big. They come with some mighty calibre on their new collaboration ‘Badboy’. ‘Badboy’ combines Julian Jordan’s skillfully crafted stinging production and TITUS’ impeccable flow. With this track, Jordan is firmly establishing the sound he has been working on during the last months, staying true to himself while developing his characteristic high energetic electro house productions.