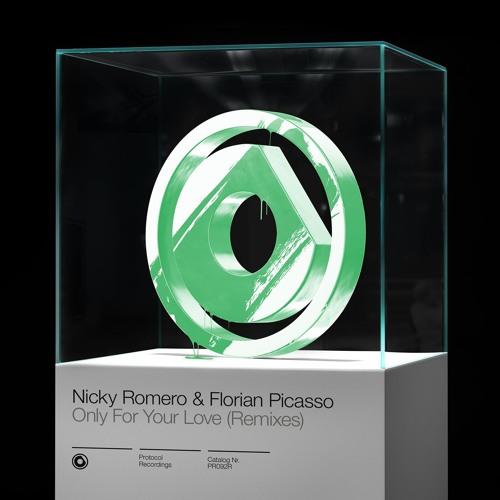 [vc_row][vc_column][vc_column_text]Protocol Recordings have already started this year with a bang releasing Protocol #100 by the label boss, Nicky Romero. Now, they are back with for another release, this time a Remix pack of label boss collaboration with Florian Picasso called ‘Only For Your Love’.

Last Friday Protocol has released the Remix pack which contains different remixes from Teamworx, Tom Tyger, Tonny Tempo, Sage, Corey James & CAMARDA. The original track had a perfect proportion of both the artists (Florian and Nicky) combining their sounds and creating magic together.

Protocol Recordings release a remarkable remix pack of ‘Only For Your Love’ by Nicky Romero & Florian Picasso.

After hearing the remixes from these artists, it’s like we found our cherry on the cake; Teamworx’s remix has great vibes and follows their famous music style, whereas Tonny Tempo (winner of the remix competition) played with the bpm creating a fresh future-bass remix standing from the other remixes. Sage‘s version of the original track it’s an injection of pure energy; you’ll know what heaven feels like. Tom Tyger managed to keep a groovy style refreshing his originals sound we something new, ready for the summer. Last but not least we have the one and only Mr. Corey James who has teamed up with CAMARDA giving to the track an epic and solid progressive dimension.

Where, when and how to buy Tomorrowland Global Journey 2023

Protocol was really clever while choosing the remixes to put in the pack. No matter what’s your favorite music genre, you surely love one of the versions of the EP. Now, all we have to say is to not be confused on what you love and what not, because every remix has a unique soul.

Protocol Rec. has also made a competition for the remix where Rymor successfully won it (read more here).