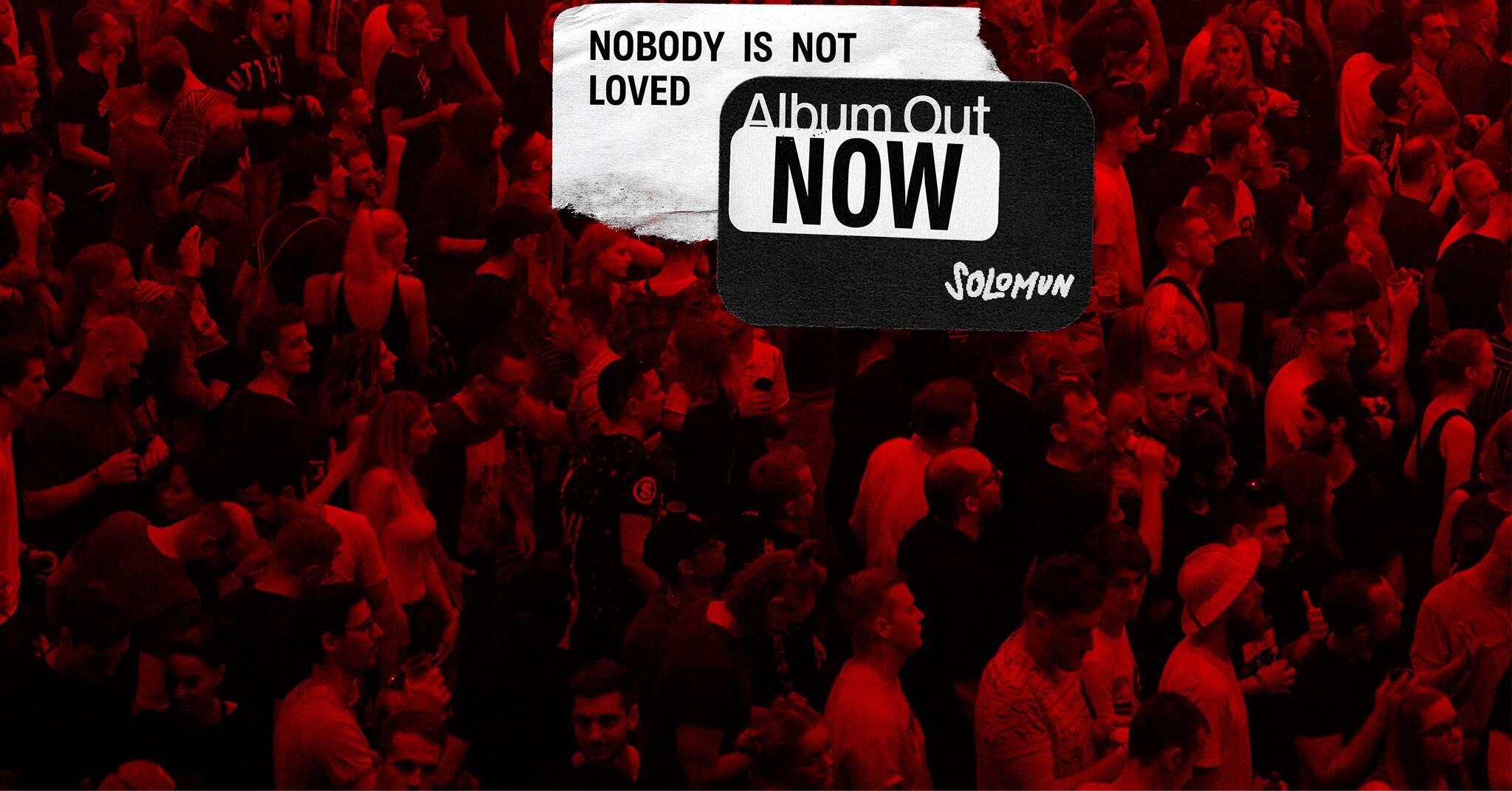 Solomun releases long-awaited album ‘Nobody Is Not Loved’

For more than eleven years, dance music fans have been waiting for Solomun's second album. Nobody Is Not Loved demonstrates that the wait was well worth it.

Solomun‘s highly anticipated follow-up, Nobody Is Not Loved, is out now on his own NINL label; it has come more than a decade after his debut album Dance Baby. Nobody Is Not Loved is a bracing album that plays out like a DJ set, gradually increasing in tempo across its twelve tracks before mellowing out in the latter stages to ensure a soft landing. It features a slew of high-profile guest collaborators.

The album title ‘Nobody Is Not Loved’ speaks to the idea that music loves everyone” Solomun explains, “no matter who you are, what you look like or what you believe. I hope you enjoy listening to it as much as I enjoyed making it. – Solomun

Solomun long-awaited album ‘Nobody Is Not Loved’ in depth


The emotion-tinged ‘Wadim,’ a track that sees Solomun expertly craft the kind of melodic techno vibe that he has become synonymous with, brings the energy of the previous four tracks to a halt. Even more introspective is ‘Prospect,’ which once again features TNA, before the rich, poignant atmospheres of ‘Night Travel,’ which features Editors vocalist Tom Smith’s robotic vocals, ensures the album ends gracefully.

It caps off another successful year for Solomun, who overcame the Covid-induced clubbing blackout by launching his new record label NINL, releasing a flurry of critically acclaimed singles and remixing tracks by Bob Moses, ZHU, and Perry Farrell. He has established himself as one of the best electronic artists on the planet in recent years, winning multiple DJ Awards for ‘Best International DJ‘ and remixing countless notable acts, including Foals, Editors, Lana Del Rey, Paul Kalkbrenner, Jamiroquai, Depeche Mode, Apparat, Jon Hopkins, and Leonard Cohen. Nobody Is Not Loved is only his second studio album, following Dance Baby from 2009.

For more than eleven years, dance music fans have been waiting for Solomun’s second album. Nobody Is Not Loved demonstrates that the wait was well worth it. Stream and download it via this link.