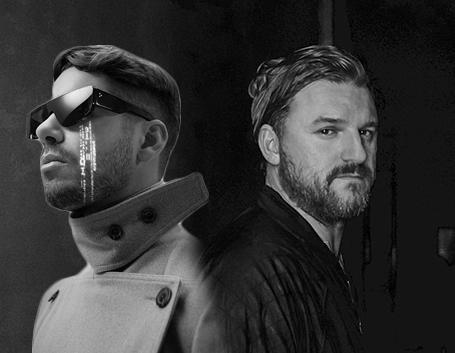 RÜFÜS DU SOL return today with two coveted remixes to their first single, Alive, in three years, still reeling from the release of their highly anticipated first single in three years. The double remix package, which is out now on Rose Avenue and Reprise / Warner Records, is led by underground trailblazers and DIYNAMIC label boss Solomun. The second remix comes from Anyma, Matteo Milleri’s inspired musical concept that debuted this year.

Solomun opens the remix package with an eight-minute burner that serves as yet another reminder of his diverse production abilities. The Bosnian-German melodic house and techno globetrotter gave a sneak peek at the remix a few weeks ago when he played a marathon five-hour set at Croatia’s coveted EXIT festival. The crowd, as well as the online community, were taken aback by the flawlessly mixed performance, which left them and the online community scrambling to place the track ID. It also signaled the resurgence of the European festival scene, as well as the release of Solomun’s sophomore album, Nobody Is Not Loved, a soul-stirring album featuring collaborations with Jamie Foxx, Planningtorock, TNA, and others.

Anyma is the latest project from Matteo Milleri, half of Tale Of Us and renowned label Afterlife, which has one of the most popular residencies to ever grace Ibiza. Anyma’s first remix follows the release of Claire, a three-track EP on Rose Avenue Records released last week. Claire is Anyma’s second EP since the project’s inception, with Sentient released a month prior. Anyma’s remix of “Alive” is a continuation of this work, representing an exploration of gleaming indie-electronica drenched in ethereal trance and accompanied by cutting-edge, digitally animated visuals. The multidisciplinary phenomenon combines computer-generated environments with real-life scenarios, blurring the distinction between the physical and digital realms.

The song writing and sound design of RÜFÜS DU SOL is truly exceptional and it made this remix such a fun and interesting experience. Looking forward to how our scenes can combine and empower each other in the future. – Anyma


Alive and its message

The remixers don’t ignore ‘Alive’s brooding message,’ adding their own melodic sensibilities to the track to create exciting and unique sounds. The original was greeted with jubilation by fans and industry insiders alike, who enthusiastically welcomed the band’s return. The track received support from NME, Billboard, BBC Radio 1, SPIN, SiriusXM, KCRW, and others after it was premiered on Zane Lowe’s World First. Since its release, ‘Alive’ has received four million combined global streams, making it a major milestone for the band. Additionally, the song was added ATB to Australia’s Triple J shortly after its release, and it is now the station’s most played song.

So pumped on these ‘Alive’ remixes by @SolomunMusic & @AnymaOfc that we dropped them both in the same DJ set last weekend. That’s a first for us 🤌 Out now. Turn these up 🎚Link in bio pic.twitter.com/rrUrXhd9qX

The release of ‘Alive‘ coincided with the announcement of the band’s North American tour, which will take place this autumn in Las Vegas, Phoenix, Dallas, and Houston. The tour dates were added in addition to the previously announced Banc of California Stadium shows in Los Angeles, where they’ll be joined by 70,000 fans for the stadium’s largest headlining show to date. Additional shows have been scheduled at festivals and venues across the United States, including two sold-out nights at Red Rocks Amphitheatre and appearances at Governors Ball, Austin City Limits, III Points, Outside Lands, and others.