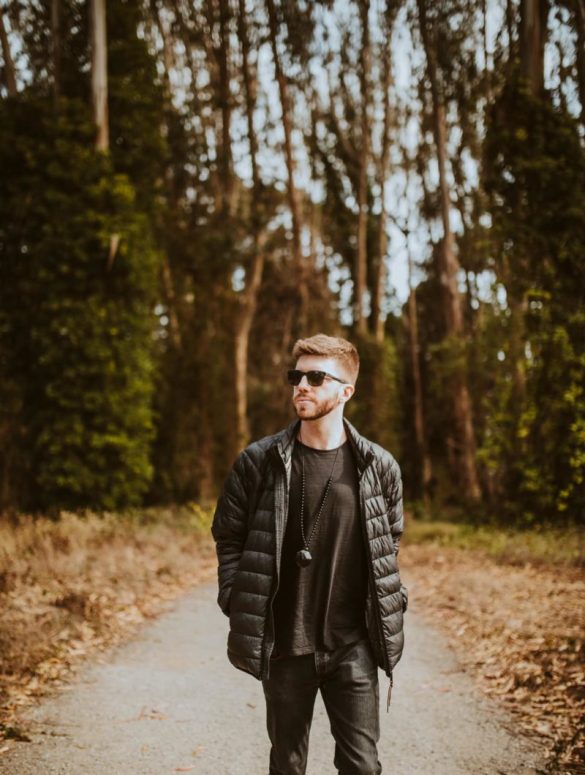 Spencer Brown is a dance music artist who prefers to stay on the cutting edge of the genre without being boxed in. Spencer creates what he wants, when he wants, for the love of music, whether it’s techno, deep house, progressive house, or an 18-minute stormer. Throughout his career, he’s explored the label system, never bound to any organization, but choosing world-class imprints such as Anjunadeep, Last Night on Earth, Factory93, and mau5trap to release his diverse work. Spencer is ready to take the next step in his career and start his own label, diviine, a place where dance music has no boundaries. This is truly divine.

diviine‘s first double-sided release, ‘Forbidden Flow / 18 Min Loop,’ is out now. Spencer manages to cram a lot of information into these two tracks. Spencer’s ability to create an emotional journey through his music is demonstrated in ‘Forbidden Flow.’ What begins as a dark and brooding techno track gradually softens as a minute-long beatless interlude emerges in the middle. It’s a listening experience that works well in both club and home settings. ‘18 Minute Loop‘ is a monster in and of itself. The track, which clocks in at exactly 18 minutes, is a throwback to a time in club culture when DJs played all night and producers released music that didn’t have to follow any industry rules. The song is a fantastic example of progressive house music.

Spencer explains to us why he decided to open his label now:

Streaming has provided an incredibly convenient means to consume music; there’s no denying it. We artists have to make a “shorter version” or “streaming friendly version” for every track we make. I completely understand the principle if it’s a radio-friendly track. But some music isn’t necessarily designed for radio. With progressive music, it’s about the journey. I love to foreshadow, and elements come and go as the song progresses. It’s an art in itself to keep someone’s attention for an extended period of time. The art is the art. The track is the track. If it’s three minutes, great! If it’s eighteen minutes, great! That’s what it should be.

Since when should “the system” tell the artist how people should consume their art? Some of the most life-changing music for me was longer tracks (7+ minutes). Perhaps had I consumed this music in short-form edited versions, they wouldn’t have impacted me as heavily.

In about 2015 or 2016, the music industry became hyper-focused on making music “playlistable” – if I wrote a beautiful 8-minute track I’m proud of, I’d be forced to chop it down to 3 or 4 minutes. It feels like chopping off your baby’s arms and legs! I’ve released music in the past (many times) whose long versions actually streamed stronger than the edited version, which we had to make.


I’m very excited to start diviine to allow myself full creative freedom. Some tracks will be long. Some tracks will be short. Some radio-friendly tracks will have an edit. But that’s how it should be, at least in my mind. I currently feel artists coming together to give power back to the artists. I’m grateful to have a platform to help fight our battle! – Spencer Brown