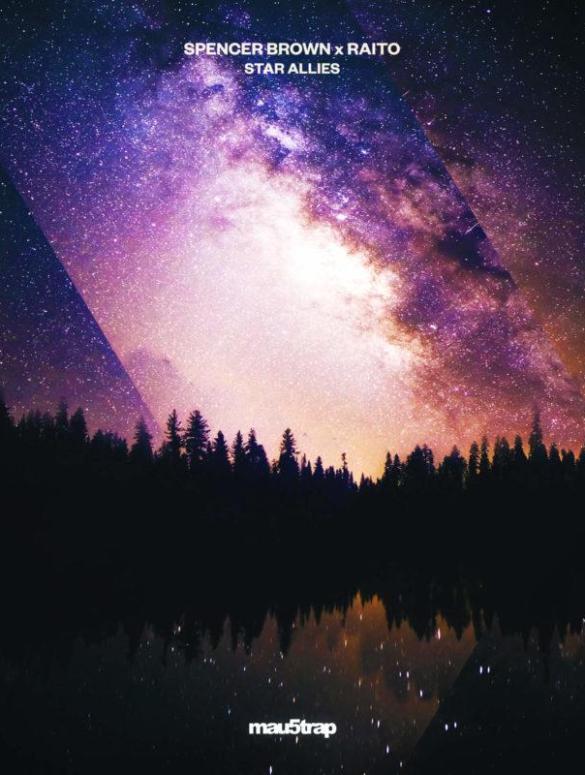 With no doubt, Raito and Spencer Brown are two of the most praised young acts of their respective scenes: the Frenchman has been constantly putting out great pieces of rave-ish Techno since the release of his ‘Ghost Voices’ remix last year, while Spencer has been relentlessly delighting us with his delicate Progressive House tunes for more than two years now, including a majestic collaboration with Above & Beyond.

We had the pleasure of having an interview with Spencer Brown last year, and he told us that, apart from Prog House, is a big fan of Techno as well; with the release of the successful ‘Windows 95 On Acid’ via mau5trap, he proved to the world that his producing skills easily crossed any boundaries of genre. During his ABGT300 set, he displayed various IDs – as usual -, including a terrific, hard-hitting Techno monster that the fans immediately identified as a Raito collab.

Many months later, ‘Star Allies’ is finally available to stream and download on mau5trap: acid notes, distorted sounds, and a growing trancey melody combinate to create the perfect Rave weapon. Already supported by Above & Beyond, Kryder, deadmau5 and more, ‘Star Allies’ is set to become a permanent appearance in many Techno heavyweights’ performances.