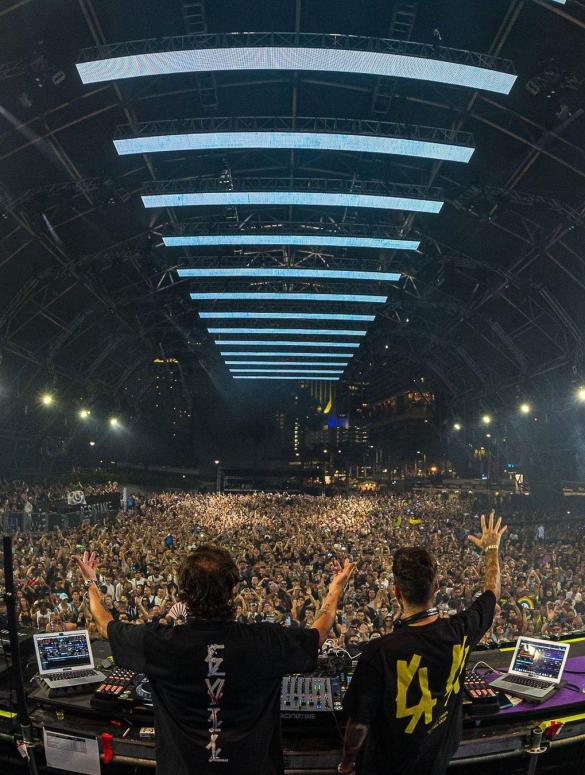 From hypnotic bass lines to energetic crescendos, Tale Of Us show at Ultra Miami RESISTANCE has set the bar for the future of techno as we know it

A microcosm in its own right, where hypnotic harmonies collide with hard-hitting beats, bringing people together in a unique soul. Tale Of Us performance at the RESISTANCE stage during Ultra Miami has been just that. An hour and a half of a pure ethereal journey, between time and space. It was an experience, something more than a “techno DJ set” as the duo no longer plays just techno, it’s an evolution of the genre.

Kicking off the set with what’s supposed to be a collaboration between Anyma & Chris Avantgarde Consciousness but edited as intro, Tale Of Us started the one-hour-long ID showcase. Moving on with Colyn’s brand new production, the Italian duo moved from hypnotic trance lines to a dark and non-stop percussive rhythm. At 20:00 the ethereal strings kick in paired with out-of-this-world arpeggio and a catchy tempo. At around 35:00 Tale Of Us played what it seems to be a collaboration between Anyma and Camelphat. The visuals on the LED wall showing Anyma’s NFT could confirm the hypothesis. It’s time for some acid techno as we feel like Carmine at 44:00. Fast forward to 1:00:00 as it’s the time for Anyma’s Angel 1, probably the peak time moment of the set. Closing the show, Tale Of Us played the iconic Running by Anyma.

If you sum up the ovation from the crowd, the tons of positive and excited comments on socials, and the huge amount of people unable to be contained in full at the RESISTANCE stage, there’s no doubt the show was one for the books.

Hopefully, we’ll be able to listen to all the new music played last night as soon as possible but, in the meantime, make sure to reserve a spot on one of the upcoming Afterlife parties in the summer as OffWeek and We Are FSTVL. Tale Of Us and Afterlife will have their own resident at Hi Ibiza this summer.

The full tracklist is available via 1001tracklists. Ultra Music Festival Miami is live streaming right now from Bayfront Park. Have a look at the incredible main stage.