[vc_row][vc_column][vc_column_text]With a great number of releases on the underground division of Armada, Armada Subjekt, UK-based DJ and producer ATFC is back on the label with his new single ‘Huh Huh Huh’. 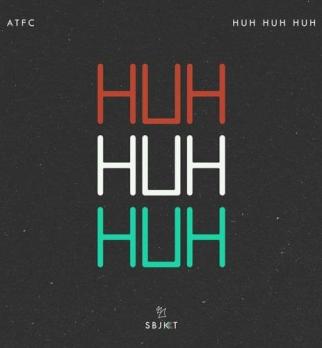 The release of ‘Huh Huh Huh’ marks also the sing of an exclusive deal between the label and ATFC, bringing the relations to the two parts to the next level. A bit eccentric and all the more infectious because of it, ATFC’s ‘Huh Huh Huh’ will make fans shake their heads in sheer disbelief. Armed with insane grooves and striding vocals taken from Grandmaster Flash’s ‘The Message’ this record makes you go crazy on the dance floor every single time. The Arabian bassline melody is perfectly mixed with wide and well-distributed percussions making ‘Huh Huh Huh’ a real club weapon.

Born as Aydin Hasirci to Anglo-Turkish parents, ATFC enjoyed major success around the turn of the century, turning up in the Top 40 of the U.K. Singles chart with ‘In And Out Of My Life’ (#11, 1999),‘Bad Habit’ (#17, 2000) and ‘Sleep Talk’ (#33, 2002). In the years thereafter, House icons such as Mark Knight, Mousse T, Nic Fanciulli, and Roger Sanchez began to take notice of his slick productions and masterful grooves, a trademark ATFC has honed to perfection.

“Anyone who maintains a profile at the level and length of time Aydin has is truly world class. He has an ability to adapt his style, to stay relevant without compromising his sound. A true house don!” – Mark Knight, Toolroom.

Now riding the wave of success of early 2018 release ‘Hipcats’, which earned him and David Penn over 1.5 million streams on Spotify as well as the #1 spot in Beatport͛s House chart, 160 plays registered by 1001tracklists on gigs and radio shows and support from the lights of Don Diablo, Martin Garrix, Claptone, Dannic, Michael Calfan, Sam Feldt,Sunnery James & Ryan Marciano, Gregor Salto, and a lot more, ATFC has more than earned his stripes. Continually reinventing himself and his sound – and turning heads because of it –he enters a new chapter in his enduring career as an already valued member of the Armada Subjekt roster, starting with ‘Huh Huh Huh’.