PAX's celestial single on Factory 93 gets a sleek groove from the mighty house music duo. 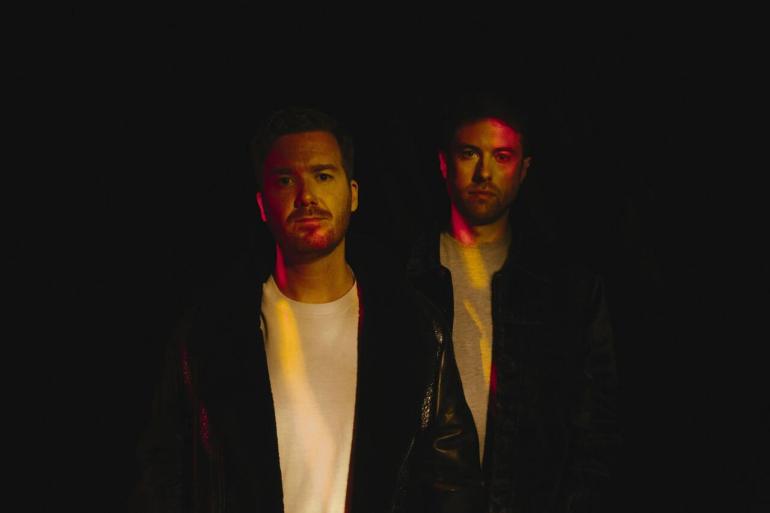 Gorgon City’s Kye Gibbon and Matt Robson-Scott are partially to blame for making PAX a household name. The critically acclaimed production duo not only took the buzzing house and techno UK duo under their wing with repeat releases on their REALM imprint, but they went even further when they teamed up for their pulsing belter “Alive” in the final months of 2020. PAX returned the favor a little over a month later with a sneaky reinterpretation of Gorgon City’s “Trapdoor” that added a few new tricks to the harmonic club construction. The boys are now tipping the balance back over with the weight of their version of “Cosmic Kiss.”

The original’s celestial energy still burns brightly, but the predecessor’s unforgiving thump is replaced by Gorgon’s gracious groove, which emits an iridescent glow. A sleek and upbeat rhythm orbits around the poignant string motifs and woeful vocal work, adding colorful contrast to anguished lyrics about a love that seemed to fall from the stars. Gorgon City expertly navigates through a constellation of sorrow, euphoria, and contagious danceability that effectively wipes the slate clean, with bold basslines punctuated by perfectly executed percussive hits, warbling flourishes, and heavenly pads, all of which allows Gorgon City to expertly navigate through a constellation of sorrow, euphoria, and infectious danceability that effectively wipes the slate clean. After everything is said and done, you’ll realize that some kisses are worth telling.

The British duo Gorgon City need no introduction as one of the most illustrious names currently dominating the contemporary house space. They’re still on a high after releasing their third studio album, ‘Olympia,’ a club-oriented collection of tracks that’s been making the rounds, including standout cuts like the euphoric jam “You’ve Done Enough” with DRAMA, the captivating Sofi Tukker-assisted “House Arrest,” and the smooth driving “Dreams” with Jem Cooke. They’re gearing up for a UK/US headlining album tour, which will include stops at London Printworks, Manchester Albert Hall, Echostage (Washington), and more.

The Gorgon City remix of “Cosmic Kiss,” which kicks off their tour in September, will undoubtedly sweep house fans off their feet, regardless of which side of the Atlantic they are on. Stream and download it via Factory 93 here.