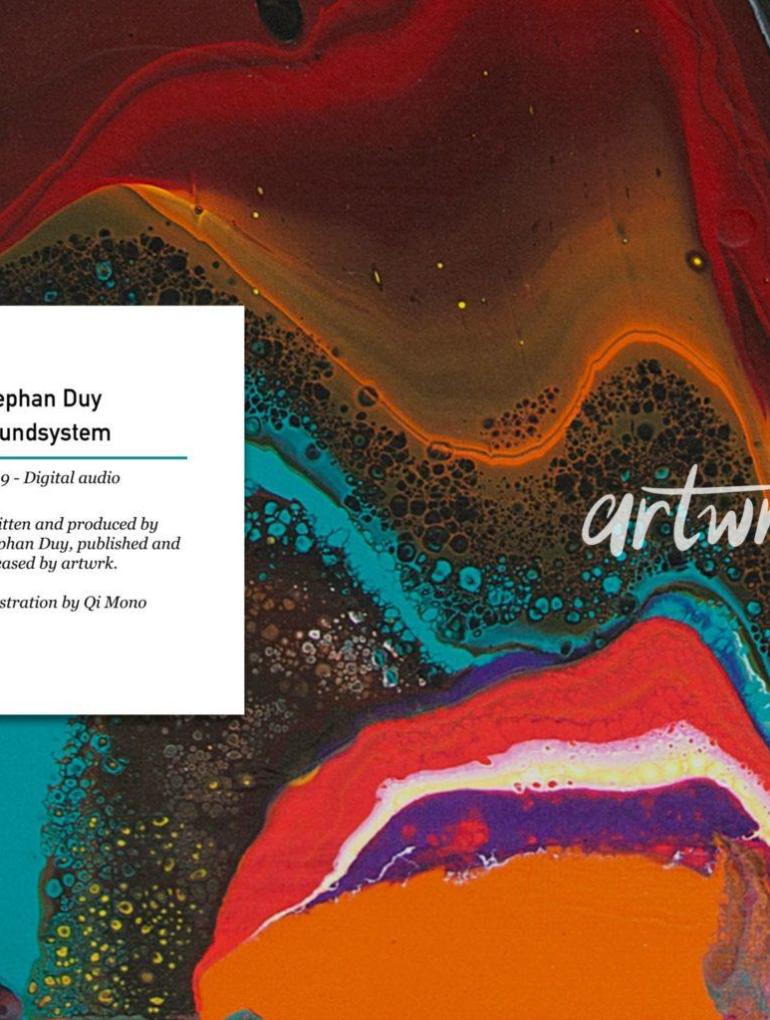 The tune is a house banger, packed with rolling percussive rhythm, tribal vibes and tons of catchy elements.

Continuing to release top quality house music, ARTWRK welcomes Stephan Duy and his debut record on the label Soundsystem. The tune is a house banger, packed with rolling percussive rhythm, tribal vibes and tons of catchy elements. The incredible use of percussions is paired with a perfectly matched vocal loop that moves the record up-and-down.

The original idea for ”Soundsystem” started out with a loop: I was inspired by the sampling techniques of The Prodigy and wanted to try it out some techniques I’ve found in their productions. I didn’t want to go with standard vocals for the track, and so I played around with vocals from other genres to make the track stand out. – Stephan Duy

Stephan Duy has managed to build a sturdy presence in the house music scene during 2018, forging his sound by a careful blend of infectious vocals and chunky grooves. As a result, Stephan’s tracks rapidly gained support from some of the key players in the scene.

Growing up in the suburbs of Stockholm, Stephan came in touch with music at the age of 5. After being introduced to dance music in his mid-teens, his obsession eventually expanded into music production, with a desire to manifest his own musical vision.

Despite the humble size of Stephan’s discography, the wave of support on his music is growing continuously. With the recent support from the likes of Richy Ahmed, Roger Sanchez, Doorly, Shiba San & Wax Worx, 2019 seems, even more, promising for the Swede.

ARTWRK continues to push house music boundaries giving the chance to upcoming talents to be known worldwide. With an already incredible catalog in 2019, ARTWRK releases are not over yet. What an incredible way to close this decade and kick-off 2020 with proper house music.