What does it mean for Miami Music Week travel suspension from EU to US?

Last night President Trump suspended all travel to the US from any European countries for 30 days. We try to understand how the measure will impact the upcoming Miami Music Week planned for 16-22 of this month.

Events, festivals, and parties all around the world are being limited or canceled due to the continued spreading of the new Covid-19 Coronavirus. The first big announcement came from Ultra Abu Dabhi, that has announced the cancellation weeks ago; followed by Tomorrowland Winter a few days later, also the World’s leading electronic dance music festival, Ultra Miami, planned for the next weekend, has announced his cancelation.

Last week, because of the increasing measure taken by several Governments in the European Union to contain the virus, big events such as Don’t Let Daddy Know Madrid has been canceled. Even the iconic Coachella Music and Art Festival has been postponed in October.

After several cancelations of festivals around the world, now, the big problems for electronic music fans is the upcoming Miami Music Week. Planned for next week, from 16 to 22 of March, Miami was set to become the electronic dance music capital. Unfortunately, because of the emergency situation that the world is facing, this year could be not the case.

Tonight, the United States of America President Donald Trump has announced a travel ban from the EU to the US. With immediate effect, every traveler coming from an EU country won’t be allowed to enter the US. The measure restricts travels from 26 countries in Europe, more preciously the ones that are members of the Schengen border-free travel area. Because the UK, Ireland and other non-Schengen countries are unaffected, people can still travel from those countries. Exemptions are also being made for US citizens that decide to return home.

From a superficial reading you may state that flights from the UK and then to the US are still available so, it wouldn’t be so difficult to avoid the measure. This is not true as “the measure suspends the entry of most foreign nationals who have been in certain European countries at any point during the 14 days prior to their scheduled arrival to the United States.” These countries, known as the Schengen Area, include: Austria, Belgium, Czech Republic, Denmark, Estonia, Finland, France, Germany, Greece, Hungary, Iceland, Italy, Latvia, Liechtenstein, Lithuania, Luxembourg, Malta, Netherlands, Norway, Poland, Portugal, Slovakia, Slovenia, Spain, Sweden, and Switzerland.

This is the real issue for the Miami Music Week that could see lineups’ of most of the parties decimated because of artists unable to travel to the US. Basically, if a non-US artist was in one of the 26 countries in the last 14 days and hasn’t entered the US yet, there’s a high chance he/she won’t attend this year’s Miami Music Week.

President Trump’s limitation could also impact on the Miami Music Week itself. With fans and DJs unable to fly to the country, Florida Government releasing more and more serious measures day by day, the Winter Music Conference canceled only some days ago, the global annual event could turn into a local gathering.

Our suggestion is to keep monitoring the situation in the next days as events’ lineups as well as the events themselves could change. 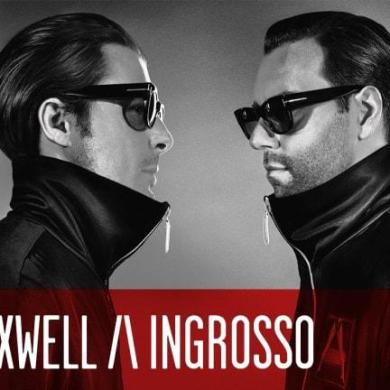