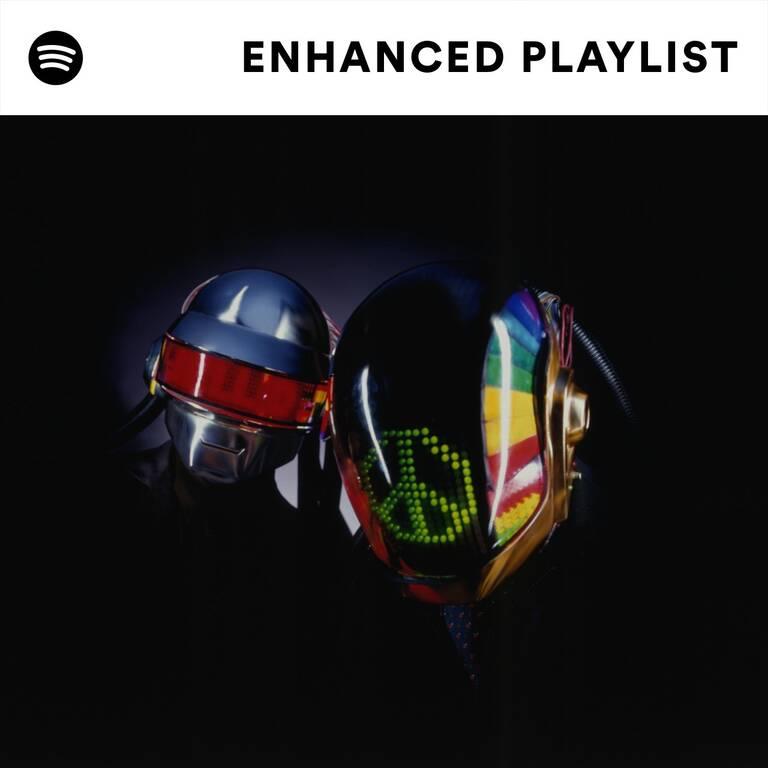 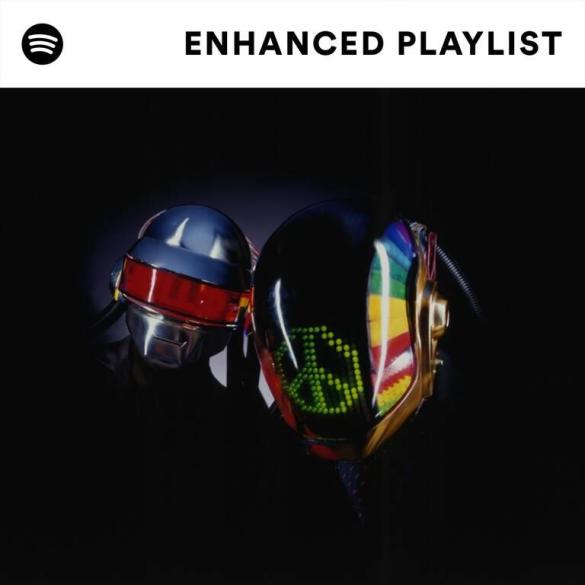 To commemorate the 20th anniversary of Daft Punk‘s groundbreaking second album, Discovery, Spotify has released an Enhanced Playlist today, chock full of exclusive material, which can be heard & seen (best on mobile).

The multimedia playlist utilizes Spotify’s Canvas and Storylines functions, presenting archival footage and anecdotes from the duo’s annals. The Discovery – Enhanced Playlist includes Storylines with never-before-seen original concept art and storyboards from the album’s animated companion film, Interstella 5555. The 2003 motion picture fused music, sci-fi, and anime to tell the story of the abduction and rescue of an interstellar pop band – all in collaboration with legendary Japanese animator Leiji Matsumoto. Short clips from each song in the film are used as the Spotify Canvases for each track on the playlist.

The featured artwork is overlaid with direct quotes from a lost (and now found) Japanese interview with Daft Punk from 2001, where they break down their creative process, personal insights behind their success, and keys to their innovation. In the Storyline quotes, the duo also unveils the inception of their robot alter-egos, and how Discovery marked the debut of what is now recognized as their distinctive guise.

Fans have come together to celebrate their music following the bombshell news of Daft Punk’s dissolution, with a staggering 891% increase in global streams on Spotify the day after the announcement. For those too young for nostalgia, the news electrified a wave of 3,778,718 new music discoveries across first-time Daft Punk listeners. With the commemorative Enhanced Playlist, fans new and old can discover and rediscover the influential electronica of Daft Punk, diving deeper into their catalog and legacy.