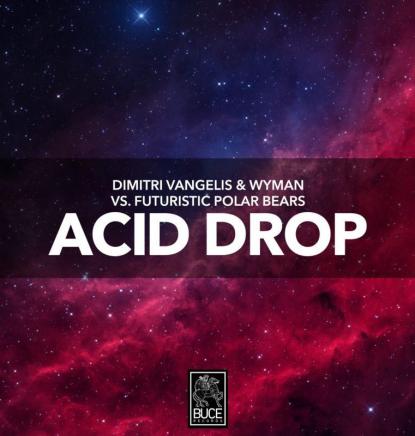 Despite the fact that the drop is not so aid, the whole track is a pure electronic banger. Rising and rolling percussions prepare the listeners to an explosion of energy in the drop. Inspired by the old groovy vibes, the drop features a fast and restless rhythm that won’t you stop dancing. The acid part is clearly present, instead, in the breakdown; the rising progression of the acid synth merges itself with a progressive-inspired lead bringing the energy to explode in the second drop.

‘Acid Drop’ cames two months after the release of the long-awaited ‘Born At Night’ and four from ‘Phantom’. 2018 has been a very intense year for the Swedish duo with a lot of amazing releases and live show. They have also opened a brand new sub-label for BUCE, named LEGION.

Tomorrowland 2023 theme and how to buy tickets

The Swedish duo is not the only artist behind ‘Acid Drop’; all the way from the UK, Futuristic Polar Bears land again on BUCE. It’s not the first time that the trio joins forces with Dimitry Vangelis & Wyman: back at the end of last year, Futuristic Polar Bears have debuted on BUCE with ‘Grizzly’. 2018 has seen a lot of new music by the trio, starting from ‘Throne’ on Dimitri Vegas and Like Mike label to the Protocol Lab EP, going through Armada, Maximize and more.

‘Acid Drop’ was massively played by both artists in their respective radio show as well as during live performances. Dimitri Vangelis & Wyman played the track at Electrobeach Music Festival in France back this summer. Now, ‘Acid Drop’ is available worldwide on BUCE Records; you can enjoy it below.[/vc_column_text][vc_video link=”https://www.youtube.com/watch?v=-kRXso9JugU” align=”center”][/vc_column][/vc_row]