[vc_row][vc_column][vc_column_text]After three months of silence, Dimitri Vangelis and Wyman’s BUCE Records is back on the market with a brand new release by Envyro & Noizy Mark called ‘Rage’.

Latest Buce Records release was ‘Vamos’ by the label Bosses in collaboration with Brian Cross & Abel The Kid. Now, the two Swedish starts welcome on their imprint Envyro & Noizy Mark, two upcoming DJ, and producers with a lot of skills on their side.

‘Rage’ is another banging progressive-groove record made by heavy basslines and fast melodies that will not make you stop dancing while on the dancefloor. The industrial and metallic sounds of the drop give to the track a surplus making ‘Rage’ a true festival anthem perfect to be dropped in front of huge crowd.

Envyro and Noizy Mark ‘Rage’ is out now on Dimitri Vangelis and Wyman BUCE Records. 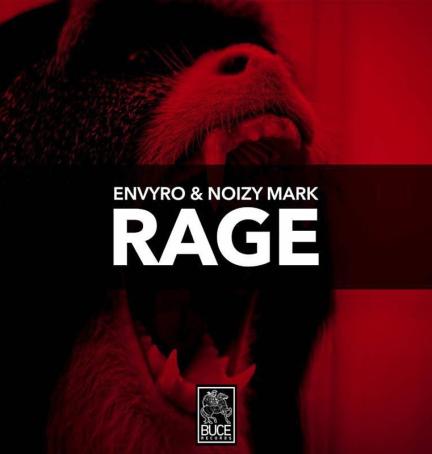 Talking about the artists, Envyro is not new to BUCE Records; he has already released ‘Don’t Stop’ on the label in collaboration with Paul Green, Blake Light. he has also three records on KIDS Records Foundation and one on Void plus a truly progressive gem available for free download via his Soundcloud.