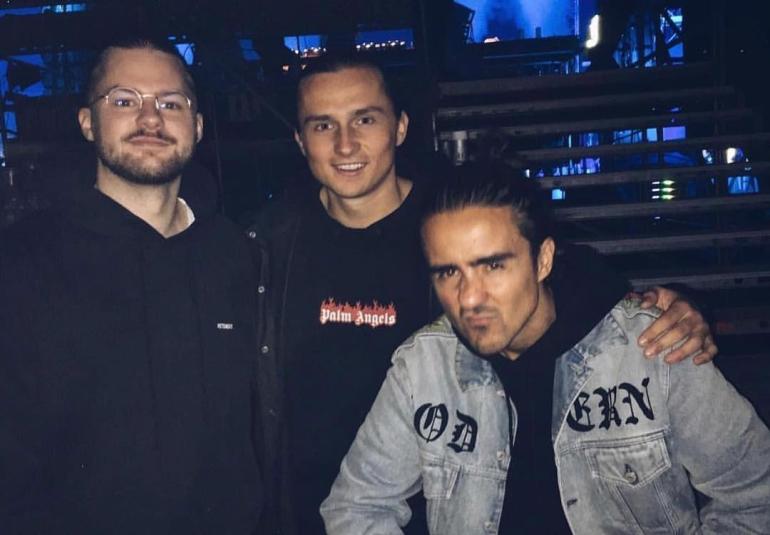 Everyone knows that Instagram is the top social media nowadays, more than Facebook, Twitter or anything else. Thanks to the introduction of the stories, artists can rapidly show to their audience sneak peek and previews of their new projects. This happens every day from the smallest creators to the iconic one as Steve Angello, Axwell, Ingrosso, Tom Staar, Eric Prydz and more.

Sweden duo, Dimitri Vangelis & Wyman are used to share their work on Instagram as well; their car test is the ultimate stage of the preview Instagram game. That’s what the latest uploaded video is about. Clearly visible on the screen we can read Dimitri Vangelis & Wyman Vs. Corey James. The video kicks off with an electrified and energetic synth that drops in a heavy explosion of electro elements.

The Instagram post caption: “Final Master… #heavy @imcoreyjames @bucerecords“. We can assume this is the final version of the track and that will be released, hopefully soon, on Buce Records. As reported several times on 1001tracklists, the record should be called ‘Heavy’.

Played for the first time on Axtone Presents 033 in May 2017, ‘Heavy’ appeared again a year later during Dimitri Vangelis & Wyman’s performance at ElectroBeach Festival. Corey James massively played it during Amsterdam Dance Event as well as on Protocol Radio.

Because the Instagram video is only 30 seconds, you can hear the version cut from Axtone Presents. (DISCLAIMER Over the years, the track may have been changed).