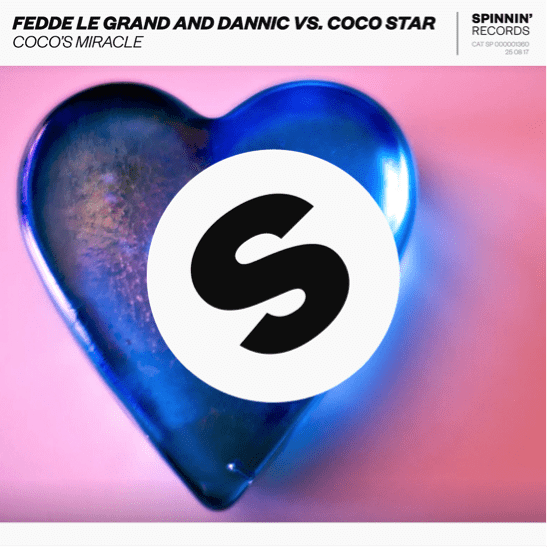 [vc_row][vc_column][vc_column_text]One from Utrecht and one from Breda, Fedde Le Grand and Dannic are two Dutch DJ and producers who are well known in the EDM scene.

Fedde Le Grand is considered to be one of the most defining figures in the fast evolving genre of house music. Fellow countryman, Dannic, is one of the fiercest acts to emerge from the latest generation of Dutch artists.

Fedde Le Grand and Dannic has just released their rework of the great tune “I Need A Miracle.” The rework is called “Coco’s Miracle” thanks to the collaboration of CoCo Star.

These two Dutch powerhouses have teamed up with the legendary UK singer Coco Star. Known for her vocalist work on the legendary tune, ‘I Need A Miracle,’ she now returns for a catchy re-work of the track.

“It’s been amazing to have the opportunity to rework this iconic vocal, giving Coco the credits she deserves. I’ve always loved the vocal and I’m so happy with the versions Daan and I’ve been able to create. It’s a smash on the floor and I love the Club Mix as the Original alike, there’s really something for everyone.” – Fedde Le Grand

“I’m really happy to work with my big friend Fedde le Grand again. The result of our teamwork is this amazing record with the world famous vocals of Coco Star herself. I’m blown away by the first reactions and I literally can’t wait till Aug 25.” – Dannic

Fedde Le Grand is one of the most flexible producers in the scene, and this track is an example. We can’t say the same for Dannic. All his track have a common thread, and you can apparently listen to his style in every single production. This track is a real game changer for the guy from Breda. Dannic has shown his ability to adapt his sound for creating a super fresh release.

Having gone through an intense and emotional legal battle to maintain the rights for the track, Coco, with the help of Dannic and Fedde, bring the track headfirst into 2017 in all its glory.

Super congrats to all the artist!