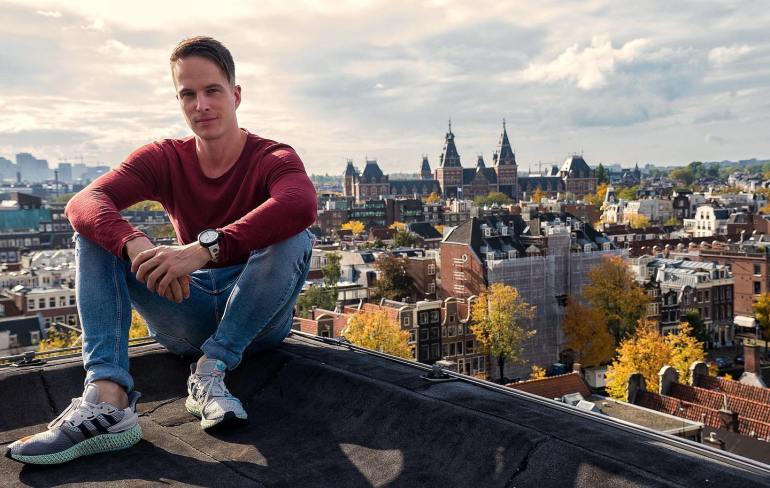 With 10 years in the industry, from Revealed to the founding of his own label Fonk, Dannic explains his career in this interview

Daan Romers, better known from his DJ name, Dannic, is one of the most in-demand DJ and producer of the current scene. Being an important part of Revealed Recordings with his buddies Hardwell and Dyro, in 2013 he entered the DJ Mag and, two years later, he founded his own music label, Fonk.

With almost 1 M listeners per month on Spotify, a continuously evolving sound, gigs all around the world and 10 years in the industry Dannic has surely a story to tell. We reached him during the Revealed party in Amsterdam, for ADE at Q-Factory where we set down with Dannic, asking some questions about his career, the current scene, his music label and a lot more.

I mean, it’s definitely changed. And I think it’s always hard to say if it’s for the better or for worse. But I think in general, as an artist, you also have to adapt. So you have to accept it. The way people listen to music has changed drastically. People are more and more aware of the fact that they can listen for free to your music. So you really have to find different ways of putting it out there and make people interested in it. But definitely, we have to work harder as an artist to do to stay on top.

Yeah, of course, content is very important. Social media is important. But I think if your music is not good enough, then social media won’t help.

Of course, for me, music is the most important thing and obviously, if my music is not good enough, then I can post great videos, but it is not gonna help me.

Because at the time, when I started Fonk, I also had that Revealed selection EP where I could help young artists. I started developing my own sound and it didn’t really fit well for the stuff I was doing on revealed or spinning. So it was really time for me to start my own label and also to help young artists. That was the most important reason.

Yeah, I really tried to do it and it’s just about the music. There was no place I could go with the music I was making where they could give me 100% what I wanted. So obviously this is with all the heavy support from the Revealed guys as well. So I never really left. They’ve always supported me.

Yeah, of course, I would love to. But on the other hand, I’m really realistic. And I know that, of course, now Robbert is enjoying his free time. I think when he comes back, he might come up with some totally different sounds. You never know. It’s just a matter of time. And the times have changed. Back then, it was really easy to tour because we were super popular at the time. But now America is really hard for us because the market has changed so rapidly. So it would be great to come back with something and maybe during ADE. But a bus tour is hard.

I made four hip hop tracks. I mean the production for it. And I always tried different stuff in the studio, I even tried to make a hardstyle track last week just for fun. And it’s not like I don’t take myself seriously, but I like to produce music. I started producing because I love music and I was passionate about something without any pressure from “Okay, I have to make this.” And of course, I want to evolve myself when I have an established sound, but it doesn’t mean that I don’t need to change it. So right now, I’m actually looking for more interesting sounds. One of the sounds is the Bump N’ Roll track I did with Teamworx. That’s something that is a little bit more fresh and a little bit different than what I used to do. So I’m trying to look for new opportunities and also borrow some stuff from the hardstyle scene because that’s how I got inspired.

Yes, I would love to in the future. But for now, also being realistic, I really have to focus on my Dannic brand. So that’s why for now, for ADE, I finished four new solo tracks, just solo tracks. So really focusing on my own sound and putting it out there because I still believe in the fact that we have a proper club music and we need it. I see a lot of guys that are playing or future house or bigroom, very specific genres. And I want to be right in the middle because I think that’s something missing.

No, never. Because that’s not my goal. I think if you publish an album, it’s really hard; you put a lot of time and effort into and all those tracks and only a few of them will actually make it.


No, it’s not ready. Maybe like more kind of “Best of” or something like that. That would make sense, but an album nowadays is really hard to make it successful, in my opinion, especially when it’s house music. I’m not Calvin Harris; that would be great but it wouldn’t work for me.

Yes. I finished four new records just for ADE; they still demo but that’s something that’s coming next year. But also for Fonk we’ve made like a whole new plan because I really want to invest.

Rebrand the beat, refresh a bit. I think it’s necessary after almost four years now. And also sound-wise, I’m looking for more specific stuff, more unique stuff instead of what people already expect. Even Don Diablo is now changing the sound and looking for different sounds.

And people are really spoiled. That’s what I don’t like about the industry. Coming back to your first question, now you release a song on Monday and the next Monday some people are already asking for “What’s coming next?” And then I’m like “I’ve just put out a song”, so like. Come on. But I know how it goes. People are spoiled. There are a lot of tracks out there.

I like what Retrovision is doing right now. He found this his own style in between the Don Diablo sound kind of. I’m a big fan of his track on Musical Freedom. I don’t know what the name is, but I think there are more or more super talented guys out there. But what I also would like to see is that they stay true to one sound and if someone is talented, they tend to make all kinds of music from progressive to groove to whatever. But if you stick to certain sounds, people actually have the chance to get to know you a little bit and I think that’s really important. So I’m looking for guys that, on Fonk especially, stay true to a certain song. Pesto is a good example. He’s one of the few guys that’s actually really working hard on releasing quality stuff, but you can clearly hear Pesto’s sound; he’s recognizable.

Sometimes it’s really hard then, but obviously, it’s a team effort of people that I work with; for instance, management, manager and my tour manager make sure that on tour I don’t have to think about my flights or all that kind of stuff. All those little things help me to be able to be creative because I’m if I’m too stressed, I can’t be creative or I can’t even make music. I’ve been touring for seven years now so, I know what my maximum stress level is. But definitely, a lot of people don’t really see how tough it can be. But I like to tour. So, I like to be in the studio but sometimes some people are not made to tour. So it’s hard. And especially when you know that there are so many things to change on your brand to make better; for instance now I see Fonk is doing good, but it’s not there. I have so many ideas for Fonk, but I don’t have the time to do it all, to develop. So now I’ve asked someone to make a proper plan. Of course, it’s my baby. So I just talked about my ideas and then I let someone do it because that’s the only way; I can’t do everything myself. But it takes a lot of time.

Yeah, of course. And that’s what people don’t always see. And they’re like, yeah, “what’s coming next?” But we’re working very hard to make it bigger and better.

Don’t forget to follow Dannic and Fonk on all their social media. Check below.