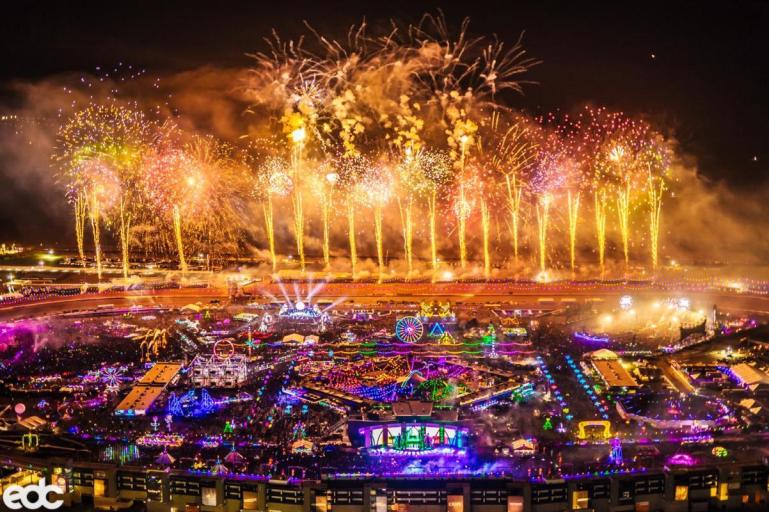 The legendary Electric Daisy Carnival, EDC Las Vegas will return, after a year hiatus because of the pandemic, in its historic location: Las Vegas Motor Speedway. The festival will run from tomorrow, October the 22nd all the way to Sunday, the 24th. 2021 edition will celebrate the 25th anniversary of the festival.

For the first time in its history, Electric Daisy Carnival will live stream the entire festival… via Roblox. EDC has created a virtual space called Insomniac World Party where you will be able to enjoy all the live sets from the festival. The virtual space has been open since yesterday. It includes four stages from the festival ground. As attendees in the metaverse move from stage to stage, the music changes.

The festival’s actual sets will be streamed on Roblox 24 hours after their in-person performances, with select artists joining shows inside the experience. Acts will perform on the same stage in the metaverse as they did at the live event, emulating real-world performances in the digital realm.

Electric Daisy Carnival Las Vegas has set up 8 + 1 channels for the live stream. KineticFIELD, CircuitGROUNDS, CosmicMEADOW, and BassPOD are all streamed live. Some of them may broadcast only audio during selected performances. Check below.

The whole festival is also available via Insomniac TV.

Cosmic Meadow will open early, as seems to be the custom in the past editions. It will be all about house music. On Friday, John Summit will perform a short set, as well as a tasty Vintage Culture b2b Solardo. On Saturday we suggest to not missing the special Diplo b2b Lee Foss house set. Finally, on Sunday, Blossom, and Z-Trip will kick things off.

The official opening hour for the festival is 7 PM; if you have the energy to start things off early, there are still some acts to see. Frank Walker will perform at Kinetic Field, and Moore Kismet at Cosmic Meadow. Lucati is opening Circuit Grounds if you need some house music.

From now on, things are getting interesting. The Chainsmokers will perform at 12:28 PM at Kinetic; it will be one of their first show since the pandemic. Zhu will perform at 12:00 PM at Cosmic Meadow, NGHTMRE will light up Basspod, and Alison Wonderland will perform at 12:45 pm at Circuit Grounds. Even you if will chose a stage randomly, you’ll definitely end up listening to some quality music. We would like to suggest going over The Chainsmokers as they may drop some new stuff. Following that Alesso will take over Kinetic. We highly suggest going there as every year he played new music at EDC Las Vegas. Another interesting performance will be at Basspod where Kayzo b2b Knife Party set will take place.

Day 1 was pretty intensive but Day 2 schedule is no different. At 8:45 PM we suggest going over Circuit Ground for the legendary Benny Benassi. At the same time, Oliver Heldens will also play so, a smart move would be to listen to a half set of both.

After that, Diplo at Cosmic Meadow is the most intuitive choice. Now, things got complicated with Martin Garrix at Circuit Grounds, where he’ll undoubtedly drop a slew of new IDs, and Tiesto at the Kinetic. If we were you, we would head over Circuit Grounds for the simple reason that, you will have Deadmau5 right after him.

DJ Snake is scheduled for Kinetic, and he brings it every time he performs at EDC. If you’re an Anjuna fun, as we are, you won’t miss Ilan Bluestone light up Quantum Valley.

EDC gives you a chance to catch your breath, kind of, on Sunday. We suggest ARTY at Kinetic and Throttle at Circuit Grounds.