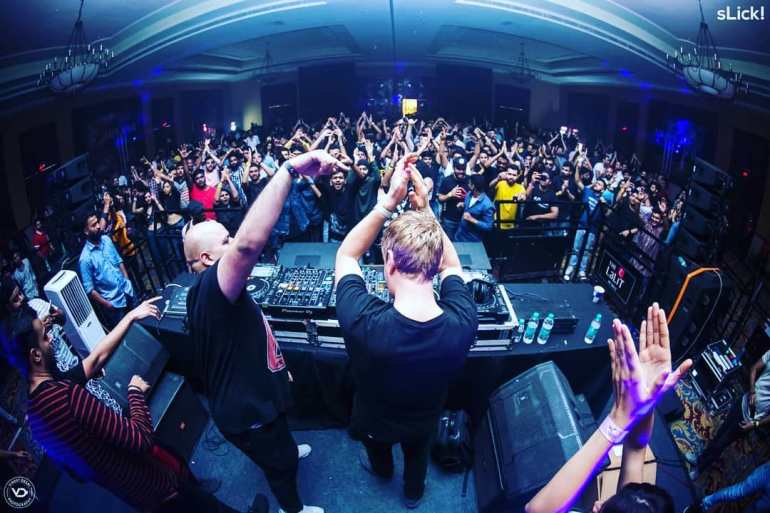 Bedrock boss John Digweed has showcased himself as a stalwart in the techno & underground music scene for over a decade now. He performed a three-city tour at India’s finest venue Kitty Su including Mumbai, Delhi, and Bengaluru. Indian DJ/Producer Sequ3l was on support duty who had plenty of energy, technical skills and he is known to have the best track selections that make your feet move.

The moment techno maestro John Digweed went behind the decks and dropped his first track of the night, the floor erupted; all hands went skyward and the vibe completely changed. He commenced his set with D-Nox and Beckers‘ remix of Don’t Give Up On Me by Luis Junior and Sobi. John proves his keen sense of musicality and refined taste as a curator with his legendary sets that feature tracks from passionate producers like Steve Parry, Super Flu and Maksim Dark to name a few.

A week ago, John teamed up with his long-time studio partner and record label partner Nick Muir and a talented individual Marc Romboy to create yet another iconic track entitled Space Walk. Their imprint Bedrock has released numerous remixes as well as original tracks including some of the influential progressive house hits For What You Dream Of and Heaven Sent. One of France’s most respected DJ/Producer OXIA released another highly anticipated remix of Satellite which was originally created by John Digweed & Nick Muir themselves.

John Digweed is a true veteran in the industry who has influenced the younger generations and we felt honored to witness him live. Moreover, we would like to thank Kitty Su for granting access to Groove Cartel to be a part of this impeccable event. Lately, a lot of Techno acts have taken place at this venue and with the meteoric rise of Techno and underground scene in India, we believe that Kitty Su and sLick Entertainment have contributed the most.

Our team has captured the Intro from John Digweed‘s set, please your ears by hitting the play button below.