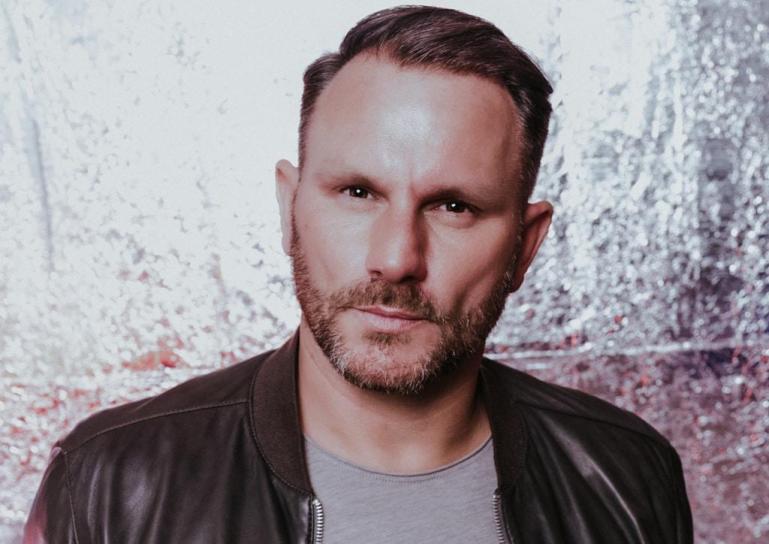 Mark Knight talks about his new single ‘If It’s Love’

Mark Knight takes inspiration from his soulful roots on the latest single If It’s Love: a soaring vocal house gem that’s sure to resonate far and wide. Out now on Knight’s legendary imprint Toolroom, the record features a vocal from Laura Davie and The Melody Men that have joined forces for a spectacular tune.

If It’s Love is a joyous celebration of a soulful house sound that came to prominence in the 90s, where vocals were the heart and soul of a record and the vibe was unashamedly positive. But more than being simply an homage, If It’s Love combines the heady, feel-good vibe of those classic records with production values of the present, delivering a timeless record that will more than hold its own on the sonically rich dancefloors of 2020.

With If It’s Love I really wanted to produce a record that had the fundamental assets all good song production: melody, hooks, meaningful lyrics and a great arrangement an art I feel is being lost right now in house music. So the challenge was to make a big, soulful, vocal house record – the kind that I fell in love with in the mid-90’s – but do it in such a way that would translate in the here and now. I also wanted to make a record that I could actually play at any point in one of my headline sets, as well as working in my soulful sets. – Mark Knight

You said “melody, hooks, meaningful lyrics and a great arrangement, an art I feel is being lost right now in house music.” Do you think it is because people literally consume music or because the quality is gone down, or both?!

I think people spend way less time on making records these days, for a few reasons. Firstly, the barriers to production are very low, so anyone can bang something out pretty quickly. It’s also quite expensive to hire a proper studio and get songwriters and musicians involved, and as you’re not making a lot of money back from record sales, that can be daunting. And finally, a lot of artists are on this treadmill of having to put out a new record every month or so so they’re charting in the rights places and have something to play at the next gig. Given the state the world is right now, with no gigs on the horizon for anyone, I hope and think that will change. Let’s make 2020 the year proper song-based house music came back!

Few modern house records champion original vocals, and even fewer can boast the incredible amount of talent involved in the writing and production of If It’s Love. Laura Davie is part of the House Gospel Choir, a live group and production team that have been performing their awe-inspiring shows around the world for the last six years. They have worked alongside the likes of Stormzy, The Kooks, Annie Mac, Riton, MNEK, Wretch 32 and Gorgon City. Meanwhile, The Melody Men are three equally talented women – Amy, Dyanna and Lou – who have written, rapped and sung on house bangers from producers like Kideko, Mason and Tough Love.

To say that working with Laura Davie from the House Gospel Choir and the Melody Men Dy, Amy and Lou was a dream could be the understatement of the year. We instantly clicked and were passionate about the same musical points of reference. Throw in Davos on keys and BOOM you have the dream team! Let’s make 2020 the year they refer to as the year that songs came back. – Mark Knight

Your new track features this incredible vocal by Laura Davie and The Melody Men. How you end up working with them. Did you already have in mind how the vocal should be and therefore did you know who to go to or was it more a “let’s try and see how it goes”?

It was an absolute dream working with them. We instantly clicked and were passionate about the same musical points of reference. We spent a lot of time in the studio just sitting round talking about and listening to the kinds of records we wanted to emulate. Once that was done the vocal came together super easy and naturally.

Alongside a stellar line-up of vocalists, the track is even further enhanced by the talents of Davos on keys. He is renowned for his ability to play authentic riffs from the golden era of House and over a few years, he’s quickly risen to fame with his online viral video clips of him replaying 90s classics on his keyboard. He became the first-ever live act to play on the New Sonic Stage on Glastonbury’s Silver Heyes Dance arena and when he’s not performing his live sets, he’s being booked for studio sessions and collaborations. He has worked with the likes of the Shapeshifters, Doorly, DJ Rae, Marshall Jefferson, Kevin Saunderson (Inner City) and DJ Driis (Idris Elba).