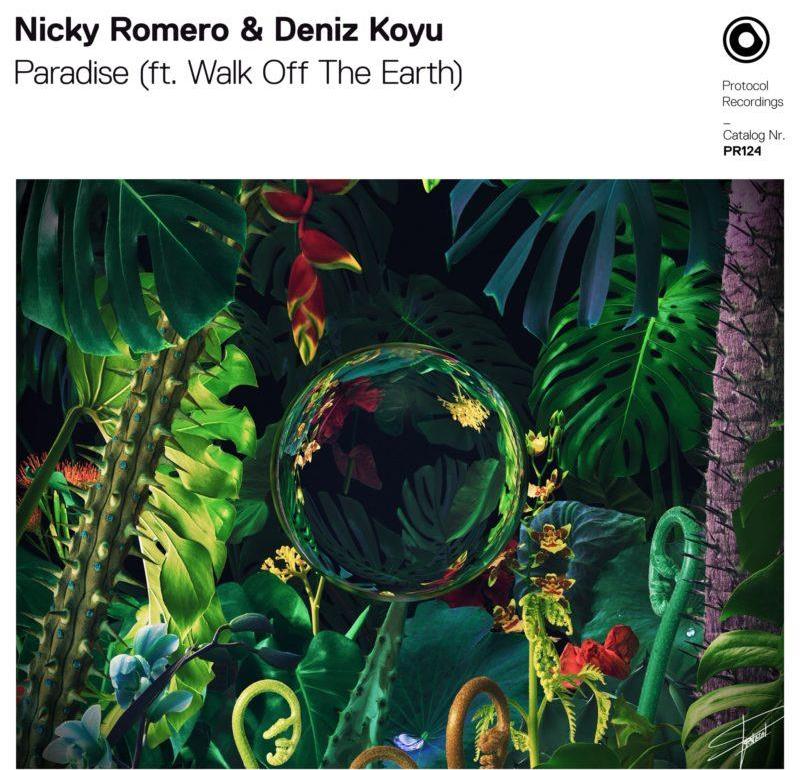 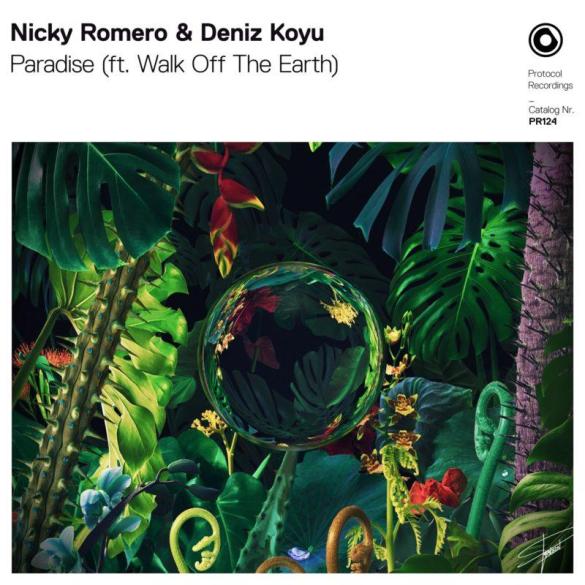 Nicky Romero brings the ‘Paradise’ to Protocol together with Deniz Koyu

Iconic DJ and producer and head honcho of Protocol Recordings, Nicky Romero is back with another super fresh and unique production, this time with the help of Deniz Koyu; it’s called ‘Paradise’ and it’s an experimental dance-pop collaboration featuring indie band Walk Off the Earth.

The super chill and relaxing piano melody is the first that will enter your mind once listening to ‘Paradise’; it’s rapidly followed by the angelic vocal by Walk Off the Earth that increase its power thanks to clean kicks and subs the drove the record into the first drop where the choppy vocal melody is the pillar.

The appropriately-named ‘Paradise’ evokes a utopian world where Saturday night is never-ending, all the while blurring the lines between genres with effortless ease.

Romero and Koyu trade hard-hitting house beats for organic instrumentals and dreamy melodies on the track, which serves as the perfect backdrop for Walk Off the Earth‘s enchanting vocals. The track moves slightly from the typical sound of both producers even though Deniz Koyu had already begun to drop similar vibes with its KO:YU alias.

If Koyu has launched his alias KO:YU for more “commercial” and pop production, Nicky is a man of many talents and he has never hidden his pleasure to continue to innovate and explore new patches for his sound. He has recently collaborated with Steve Aoki and Kiiara for ‘Be Somebody’ but at the same time he has dropped the progressive banger ‘Duality’ which has been chosen as one of the songs for the soundtrack of Ultra Miami aftermovie.

‘Paradise’ is now available for download via Protocol, which will host his annual label showcase for the Amsterdam Dance Event in Melkweg on Wednesday night. Tickets are selling fast so, I suggest saving yours here.