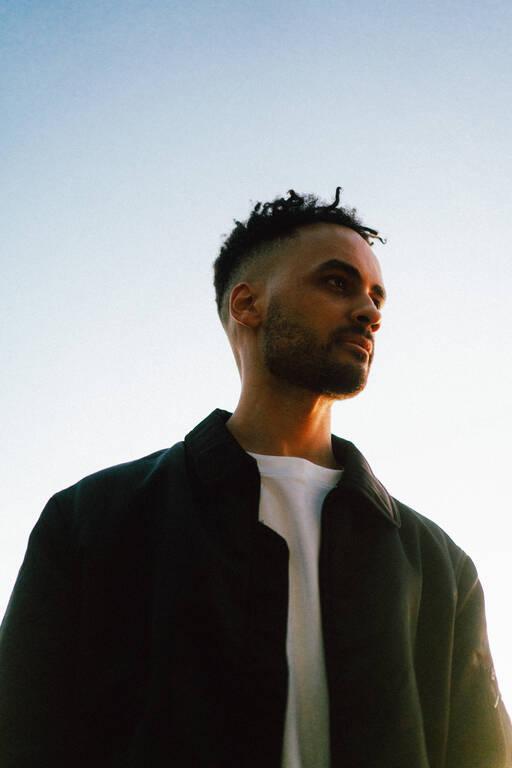 RÜFÜS DU SOL today released Cassian‘s official remix to Surrender album single ‘On My Knees.’ Cassian is a longtime collaborator, Rose Avenue label-mate, and mix engineer. The remix, which is available now on Rose Avenue and Reprise / Warner Records, arrives as the live-electronic trio continues their tour of Brazil and Argentina before returning to North America and Europe this summer to perform in 32 cities. Cassian joins a heralded list of industry titans who have remixed previous singles off the Surrender LP, including Innellea, Vintage Culture, Adana Twins, Solomun, and Anyma.

Cassian’s remix of RÜFÜS DU SOL On My Knees

I heard the first demo of ‘On My Knees’ towards the end of 2020. It had a wildness & darkness that I loved immediately. It wasn’t until about a year later that I’d finished mixing it along with the rest of Surrender. Once the album was finished I knew I wanted to remix ‘On My Knees’ and started playing around with the stems with the intention of having a remix ready to play at Sundream in March. Fast forward to the end of February and I hadn’t worked on the remix at all. Amongst the madness of preparing for my DJ & live sets I somehow managed to put the remix together. One comment I’d gotten from a few friends about the mix on the original was how much they loved the low end. For the remix I really just wanted to take the subs to the next level & arrange it in a way that would work in a DJ set while keeping as many elements from the original as possible. Playing it for the first time at Sundream was a surreal moment and the reaction from the crowd cemented the direction I had taken with the remix. I purely made it to be something special & unique to play during my DJ sets so for it to be getting an official release feels amazing. – Cassian

Cassian, who now resides in Los Angeles, has spent the last decade solidifying his reputation as one of the most versatile acts to emerge from Sydney’s electronic scene. Cassian, a talented mix engineer, has mixed three of RÜFÜS DU SOL’s critically acclaimed albums, Bloom, Solace, and Surrender, dating back to the early days of both their careers. In doing so, he earned multiple ARIA awards and Grammy nominations, and joined the band in winning the Grammy for Best Electronic/Dance Recording this year for single ‘Alive’.

Cassian has gained notoriety in the dance music industry for his ability to transcend genres and create enviable soundscapes as a result of this. His debut LAPS LP (2020) and subsequent REACTIVATE EP were both released on Rose Ave Records, and he has since joined forces with countless tastemakers like Bronson, Meduza, Lastlings, Vintage Culture, Sonny Fodera, Yotto, and more.

The ‘On My Knees‘ remix arrives while both artists are on the road. While Cassian is touring the United States with fellow Australian producer Hayden James, RÜFÜS DU SOL are just getting started on their extensive Surrender tour. So far in 2022, the band has sold over 180,000 tickets in North America alone, selling out shows at The Gorge in Washington, Red Rocks Amphitheatre in Colorado, Forest Hills Stadium in New York, and others. Demand for the tour, produced by Live Nation, has been so overwhelming that additional dates were added; including a third night at Forest Hills Stadium, NY; and iconic stops at the Hollywood Bowl, Santa Barbara Bowl, and FPL Solar Amphitheater. Following that, RÜFÜS DU SOL will embark on an eight-city tour of New Zealand and Australia, beginning in November 2022.

Cassian’s ‘On My Knees’ remix exemplifies the duo’s ongoing collaboration. Their shared musical history defies the limits of the studio or the stage, and the remix is a testament to Cassian’s coveted production prowess.