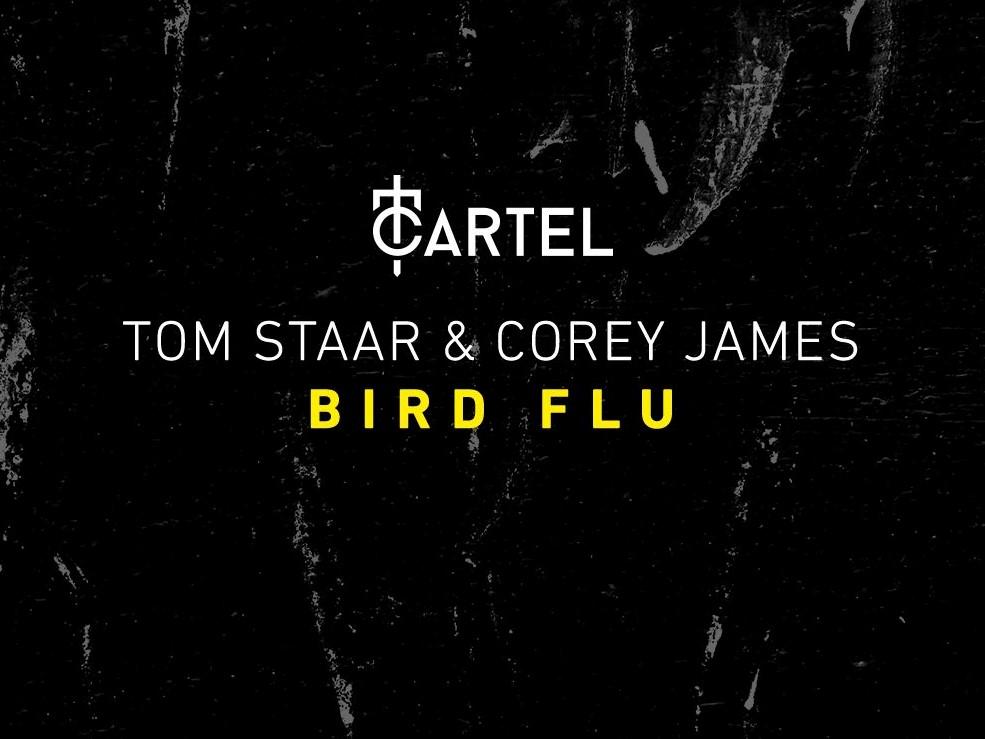 It’s been a long journey for Tom Staar & Corey James’ “Bird Flu”, their highly awaited collaboration, but the release day has finally come.

Premiered by Steve Angello exactly a year ago in his BBC Radio 1 Residency, the track has gained support from most of the scene heavyweights, such as Kryder, Avicii, Sunnery James & Ryan Marciano, Sander Van Doorn, Afrojack and much more.

Over the summer I found that a lot of the tribal music I was playing didn’t translate to the big festival stages, so I needed something harder hitting but still with the tribal flavors I was playing in the clubs. The result was‘Bird Flu’ and it quickly became one of the biggest records in my sets. – Tom Staar

“I was always a big fan of Tom Staar’s music and collaborating with him on ‘Bird Flu’ was a great creative experience. We set out to create something that would work well across club dance floors as well ashave the “main stage” festival appeal. Hope you guys enjoy it as much as we did making it!” – Corey James

“Bird Flu” has changed a lot since its first play. The vocal part has been modified and the breakdown is now shorter than the previous version. Let us know which version you prefer, and buy or stream the track here.