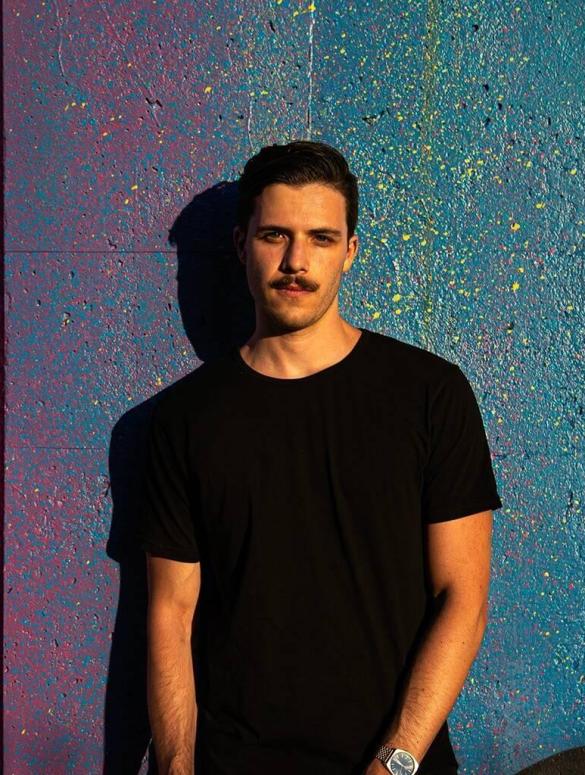 Washington DC-bred producer Enamour is making his debut appearance on Factory 93 with a marvelous double-sided single. Blue Rose / Red Room is his first release in 2022 as well.

Michael Gold, a Washington, DC native, has spent the last few years filling the hearts and minds of house and techno fans through his Enamour moniker, a project that has won the affection of some of the underground scene’s most respected names.

Blue Rose the lead track, is a hypnotic, looming groove with hazy synth stabs, orchestral flourishes, droning celestial pads, and LFO-modulated synth progressions. Kicking off with a deep and mysterious main theme, the record evolves delivering wobbling up-and-down beats and weaving synth-driven elements. A beautiful, plucked lead meanders atop a bed of celestial pads and drones, evoking the feeling of emerging from a dense forest into a sunlit, pastoral clearing. The drums slam back in, and LFO-modulated synth chords flow in and out of sync, creating a tumultuous frenzy before settling back into a steady rhythm as the pads swell. The journey that follows explores both sides of the light-dark binary, combining dark, atonal sound design with more angelic pads and strings.

Red Room goes way darker and deeper, introducing fast and hypnotic rolling rhythm, paired with raw and instrumental sounds. It features many of the same gorgeous pad and choir elements as its predecessor. It is decidedly more chaotic and intense than Blue Rose, which creates an environment that conjures the divine. Red Room‘s pounding 16th-note bassline sounds like something out of a science fiction film, and when combined with some seriously heavy drum programming, it could easily fit into a late-night techno set.

The inspiration comes from his favorite TV series.

Inspired by film/TV scores’ use of choirs and vocals to build intensity, like that of the classic mystery-horror show “Twin Peaks” which also inspired both track names, these tracks are journey’s within themselves and offer another perspective on driving, melodic sounds.

I was inspired by film/TV scores and their use of choirs and vocals to impart drama and intensity in music. Experimenting in the studio, I ended up mangling jazz doo-wop samples to get the characteristic low vocal bit that supports the groove in each track. Both names are also references to one of my favorite TV series “Twin Peaks.”

Enamour has developed a sound that delicately walks the line between deep introspection and pure club play as a curator of dark, infectious grooves and wistful atmospheres. His sets are a complex mix of deep, progressive, tech-house, and techno with a strong emphasis on musicality.

Lane 8 chose Enamour to support him on his Little By Little tour in early 2018 and the follow-up tour later that year in a number of cities.