This special release was the perfect occasion for talking with his creator, who is currently on a winning streak of incredible remixes (Fatboy Slim, RÜFÜS, Calvin Harris, and Jax Jones vs. Years & Years). In the following interview, Purple Disco Machine unveils the origin of “Discotheque”, recalls his youth in his hometown of Dresden, and tells us what it feels like to spin Disco tracks in the German Techno dominion.

The perfect balance between robust House grooves and fancy Disco strings: here’s Purple Disco Machine secret recipe for success. We reached him out to ask a couple of questions about his first compilation ever, “Discotheque”.

Let’s talk about the compilation: it is formed by two mixes, Day and Night, with different styles and mood. How was the project of a compilation born, and how did you approach the selections?”

I have never produced a DJ Mix compilation before and so I was keen to be the first DJ to make one for Glitterbox as I feel that this is my ‘home’ brand. So that was an easy conversation with the Glitterbox team. With the selections, I wanted to show the listeners about the two aspects of my DJ sets. As a contemporary  ‘Disco’ DJ I often get asked to play day/sunset/pool party shows as well as night clubs. So Day is more my day/sunset/pool party set – more funk and soul and 80’s disco vibes. Old and new tracks that share that sound. “Night” is more what I would play at the Glitterbox club nights.

Glitterbox: one of the most unique party brands in the world, and a solid record label that continuously puts out great quality content. As you have played Glitterbox parties several times, what makes them so special, in your opinion?

Because everybody knows what Glitterbox is all about – quality music, especially House influenced by disco, which is fun and incorporates songs as well as grooves. But is also cool and not cheesy – I can always play what I want to play because I know that the crowd will enjoy it as that is what they came for. They are also very knowledgeable about music. Also, I think the very diverse and open crowd. Glitterbox has made a real point of being a very welcoming brand for the LGBT scene even though it is not a specialist LGBT party, and it is great to see that mixture in the clubs as it was that mixture that created Disco and House in the first place. And I think it is a party where women feel very comfortable to come to, without any of the pressure they maybe get at other parties. I would also say that Simon Dunmore has done an amazing job in making the Glitterbox team – DJs, artist and the crowd – feel like a big family. Whether it is in Ibiza, London, Croatia etc. the vibe is the same!

Before your rise as a producer, hearing a Disco track on the radio was almost impossible, and even DJs were a bit reluctant to play this genre, which was considered “old”. Do you think that you – and Glitterbox – are helping to revamp Disco worldwide?

Disco has been around now for more than 45 years, and House for over 30 years, so these are really established genres. They are not going to go away. People’s tastes change, but every 4-5 years since the late 80’s House music returns to the centre of dance music culture. The last time it was more ‘Deep House’ in 2010 etc, but this time it feels like it is Disco influenced House which has probably not been the main House sound since the French Touch scene of the late 90’s. So it is the right time for it to come again. Maybe because the other big dance scenes were EDM on the commercial side and by Techno & Tech House on the underground side, it became a good time to go back to the roots of House which is Disco. This music is uplifting and melodic, and importantly is often based on vocal samples or original vocals and songs.

I think what Simon Dunmore and Glitterbox did so well was to realize that there was a big gap in the middle for melodic, vocal House music, especially Disco-influenced House, which was fun and incorporated songs as well as grooves. But was also cool and not cheesy. And he was proved right, as Glitterbox has been a big success and other promoters have been influenced by the idea.

You’re from Dresden, a jewel city in eastern Germany. There are lots of German Techno producers, but few Disco ones: did the environment you grew up in – a baroque city, way different than the industrial Berlin – influence you as an artist?

Firstly thank you for the kind comments on Dresden! Not a lot of people outside the east of Germany know about how lovely a city it is.

Germany is most famous for its techno scene and so to even be a German house producer is quite rare, especially back when I started. The only previous German house producers were really the ‘old school’ out of Hamburg like Boris, Lovebirds and Mousse T. There was a new crew coming throughout of what became ‘the deep house scene’, but mostly they had come out of either minimal techno or big room electro house. I guess I was one of the only ones who was influenced by disco & funk and old school house like the Hamburg guys.

Being in the east of Germany, Dresden was even more away from the influence of disco & house than the western cities. Techno and Hard Trance were more popular underground styles there. Berlin had a huge influence on musical tastes because it is the nearest ‘cool’ city to Dresden. So I don’t think Dresden itself influenced my musical taste – more than I felt a similar vibe with the Hamburg scene, I guess. Despite this, I did grow up in a “musical environment”: my parents are still huge fans of music. They had a big record collection which was really hard to acquire back in the East Germany days. They love the east german rock like Karat as well as the English progressive rock style and I grew up with Genesis, Pink Floyd etc. I followed in my parents’ footsteps and also became an avid record collector, but my tastes went more into funk, soul and disco.

If you had the chance to collaborate with a legend of Disco or House music, what would your pick be?

He is not really either Disco or House music, but I would always say Prince. He is the reason I am a Purple Disco Machine! However, he is sadly not with us anymore so this cannot happen, so if I were to choose one of the legends who are still around, then it can be wonderful artists like Stevie Wonder, George Benson, Chaka Khan, Gladys Knight. There are many such legends to choose from!

Special thanks to Tino and Scarlett for making this interview possible. 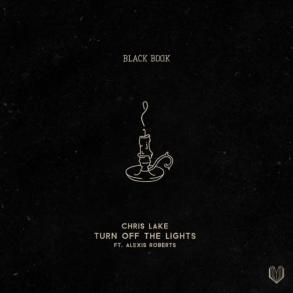