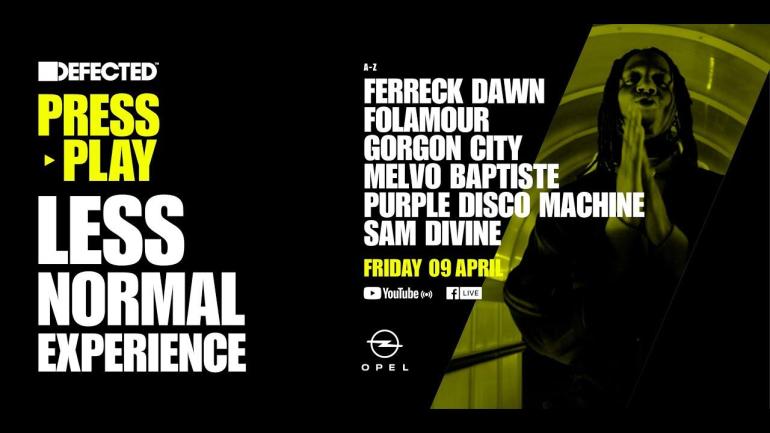 In a world-first, Opel has collaborated with UK house music institution Defected to mark the launch of the upcoming Opel Mokka with a virtual event on Friday, April 9th. The ‘A Less Ordinary Experience‘ event aims to raise awareness and confidence in Opel’s latest electric vehicle, which is one of the world’s greenest consumer vehicles. The simulated gathering, which will be live streaming from numerous locations throughout Europe, will mark the vehicle’s launch in Europe and major markets such as Germany (from March 1st), the United Kingdom (from March 25th), and France (from 1st April).

Opel and Defected are hosting the pan-European interactive dance festival, which was planned, designed, and performed entirely during lockdowns throughout Europe, with sets from world-class dance music acts as Purple Disco Machine, Sam Divine, Melvo Baptiste, Ferreck Dawn, Folamour, and Gorgon City, who are collaborating commercially with a brand for the first time ever. Purple Disco Machine will perform from the rooftop of Berlin’s Weekend Club, Gorgon City, Melvo Baptiste, and Sam Divine from Defected’s London headquarters, Ferreck Dawn from the Classics Garage at the heart of Opel’s HQ in Rüsselsheim, Germany, and Folamour from the picturesque outdoor venue Le Baou de Marseille, France, making this a genuinely global affair.

Defected and Opel’s multi-channel communications strategy seeks to reach fans through music and a shared love of dance, practically putting people together in a one-of-a-kind moment. Traditionally, a TV commercial will have a track or sound bed obtained from a sync contract. This ‘Less Normal’ initiative has turned the traditional approach on its head, with many people being introduced to the brand and product for the first time by Defected’s audience, either through the music itself, through radio plays of the track ‘Feeling Good (Less Normal)‘ from Humanity featuring Alina Lorfeo, streaming platforms, DSPs, and Shazam, or through the ‘A Less Normal Experience‘ virtual event.

The initiative is part of the ‘Less Normal. More Mokka’ global launch campaign for the new Opel Mokka, on which Defected collaborated with VELOCITY McCANN, the full-service digital agency MRM, and Opel. VELOCITY McCANN is Opel’s specialized agency, where global campaigns for the Rüsselsheim-based automaker are developed centrally for all channels and touchpoints.

We’re looking to do things differently; by leveraging house music as the common denominator to millions, we’re giving modern consumers different ways into the Opel brand, and so showing off a new vehicle in a truly new engaging way. By simultaneously releasing our club remix of the track from the TV spot and embedding it onto promotional assets – leading to our virtual launch event, we’re flipping the traditional marketing script and showing how the power of music can work way beyond a mere sync. – James Kirkham, Chief Business Officer at Defected

The soundtrack for the campaign film is “Feeling Good,” a seminal and widely covered song written for Broadway and best known for Nina Simone’s rendition. Setting the tone for the film with the iconic lyrics ‘It’s a new dawn, it’s a new day, it’s a new life for me… and I’m feelin’ good,’ an uptempo remix specially developed for Opel by Defected Records sub-label D4 D4NCE combines the best of legacy and modernity, just like the Mokka model, which redefines the Opel brand by drawing from its German roots with iconic designs from the 1960s and 1970s. Humanity featuring Alina Lorfeo ‘Feeling Good (Less Normal)’ is available to download & stream now.