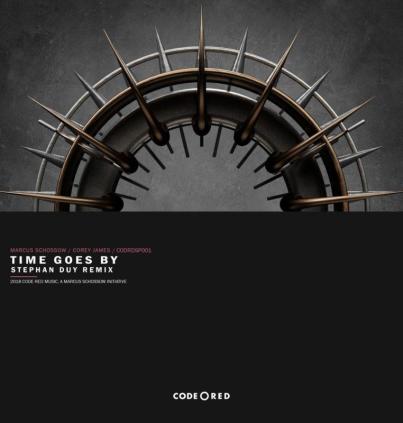 In the last September came out a big collaboration between Marcus Schossow and Corey James in the form of two tracks EP called ‘Times Goes By EP‘. Besides the title record ‘Times Goes By’ this EP also contains track ‘Tough Love’. Times Goes By then got very nice two remixes from Spanish duo Rux & Bedmar and the second one from the Ukraine producer NekliFF.

Now, this record gets its another remix, this time from another young and up-and-coming producer from Sweden Stephan Duy. In his remix, Stephan is keeping the lead and powerful vocal around which he built very powerful, rolling bassline with horn melody you can be familiar with an original version of this record. The remix is going to be out on Friday, June 15th!

We have an exclusive premiere of this remix just for you.

To know more about Stephan himself and the creative process behind his remix we made an interview with this young Swede talent.

I’m feeling fine! I’m a 22-year-old Vietnamese born in Sweden. I grew up in the suburbs of Stockholm and I’m currently studying at Stockholm University. I’ve been making music for almost 5 years now trying out various genres.

I got to hear the other two official remixes (NekliFF / Adrien Rux & Bedmar) a couple of days before their releases, and one thing that struck me was there wasn’t a remix that could fit in between the two. I felt that the exposure of the original release could benefit from a remix that a DJ could play in a Tech/Deep House set, so I decided to take the key elements from the original and give it a different twist.

Marcus is usually a very busy guy, so I don’t hear from him very often. But he’s a very kind-hearted guy and he’s very passionate about his craftsmanship, which I admire him for.


As for my relationship with Code Red, they have very hard-working people on the label who really cares about the material that’s published to the world. Everything from the artwork, to the promo content and of course, the music, has been taken into consideration and that is reflected within every release.

All I can say is that you keep your eyes and ears open on my social media platforms; there is more content coming up in the future!

And this isn’t everything. Because we wanted to cover everything, so we’ve also asked a couple of questions to Marcus Schossow (full interview here).

I’m great! I’m currently focused in the studio making loads of new music, I’ve never been as excited as I am right now for this! It’s a fantastic feeling to have inspiration and come up with new ideas!

Stephan is one of the most talented tech-house producers coming out of Sweden at the moment. We are truly grateful to have him in the Code Red family! Choosing him as a remixer for ‘Time Goes By’ was one of the easiest decisions that I’ve ever done, I’m excited for everyone to discover his talent, he deserves the best!

We are currently focusing on a very few well-selected talents that we believe in. I think the future for Code Red is in the variation and capability to show the best new sounds out there! My next release ‘Red Lights’ is coming out the 22nd of June, a track together with Grammy-nominated Cape Lion, I’m truly proud of the result and can’t wait to share it with everyone!