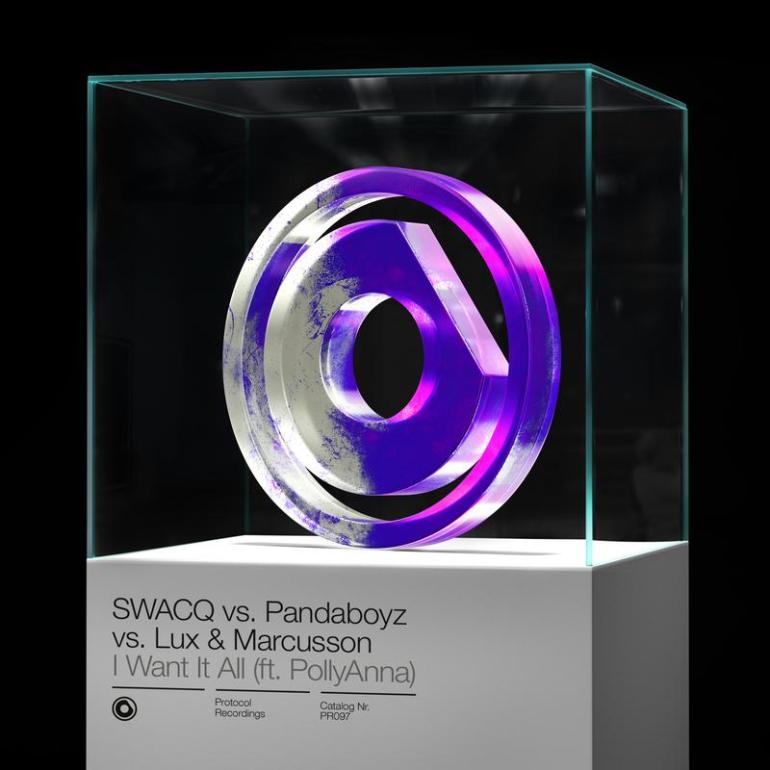 Protocol Recordings releases a ten-hands track called “I Want You”

[vc_row][vc_column][vc_column_text]SWACQ, Pandaboyz, Lux & Marcusson are here with an uplifting dance-pop track featuring PollyAnna called “I Want It All.”

the production mix together the 2 major genres of music ‘Dance’ and ‘Pop.’ “I Want It All” features silky vocals from PollyAnna. The track was released on Dutch star Nicky Romero’s label Protocol Recordings on 15th December.

This is SWACQ‘s second release on Protocol following up his fresh festival anthem called “Love” which was edited by Nicky himself and it was premiered at Ultra Korea this year. The Protocol boy is not an unknown guy when it comes to this industry, he has recently co-produced Tiesto’s epochal “Club Life Vol. 5: China” album, it’s a huge achievement to accomplish for an upcoming artist, his music has been supported by Danny Avila, Bingo Players, Tritonal to name a few.

Talking about Panadaboyz (check their first Protocol release), these guys recently released their track “Mumble” on Flamingo Recordings, whereas the interesting male/female duo Lux & Marcusson who have released tracks on Armada, Sony Music and many more.

The drop of “I Want It All” is so funky and euphoric at the same time, it’s like the breathless moment of euphoria before a free fall, and the vocals are so catchy that it’ll be stuck in your mind if you listen to it more than once in a day.

Take note that this is the release number 97 according to Protocol Recordings catalog so stay tuned for the massive Protocol 100th release and more incredible showcases and new music from them in 2018!