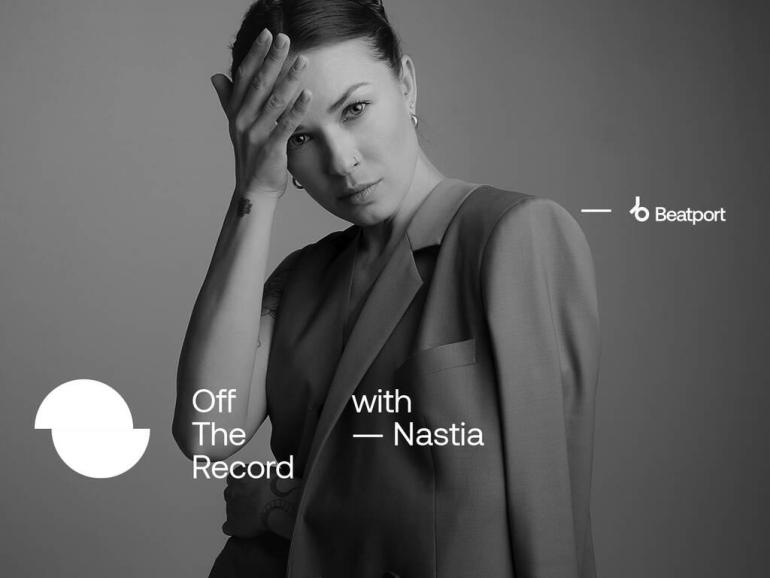 Beatport Off The Record Nastia

The launch of their documentary film series, “Off The Record,” which offers unmatched access into the lives and careers of some of the biggest names in electronic music, was announced by The Beatport Group, the world leader in music for DJs, producers, and their fans. “Off The Record” offers a deeper understanding of leading figures in the international DJ scene.

Beatport’s debut project, “Off the Record with Nastia,” is a documentary that delves into the world of Ukrainian DJ Nastia. It follows the techno icon as she adjusts to the shocking news that her country has been invaded.

Viewers will get a behind-the-scenes look at the chaotic life of this international DJ turned refugee, who is reunited with her daughter and mother in Ukraine after being forced to leave her beloved home and move to Amsterdam. Nastia talks about her ongoing desire to use her touring to raise money for her home nation. Viewers are given a front-row seat to Nastia’s performance at Printworks in London, where they can see firsthand how devoted she is to her work and how persistently motivated she is to succeed as a DJ despite adversity.

Nastia discusses using her platform and voice to raise money and spread awareness about the situation in her homeland as well as her hopes for the future of her career and her country. The movie also explores Nastia’s music career, her life in Ukraine prior to the invasion, and her background as a small-town girl who rose to fame and became the face of a thriving nightlife scene that has since been destroyed.


In a nation of 44 million people, Nastia is merely one example of a person whose life has been significantly altered by war. Nevertheless, she is a passionate and well-known electronic music artist with a sizable audience who is actively changing the world.

We are honored to showcase powerful stories of some of our community’s most prominent figures and it is an honor to kick off the series with Nastia. Beatport commends her bravery and public voice during a difficult political time and we hope that her touching story reaches a wider audience – Beatport’s CEO, Robb McDaniels