The Brighton-based producer, Braxton, has released his first materials after two years in the form of ‘When The Sun Goes Down’ on Anjunadeep. 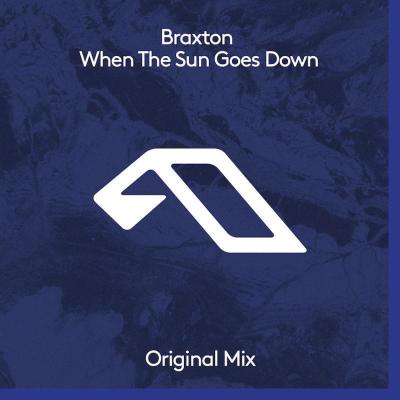 Featured in the last Anjunadeep Edition, episode 241, Braxton is back with a brand new tune. ‘When The Sun Goes Down’ is a sulfuric housy and chill tune with a long bassline, wide melodic lines, clean kicks and snare, and wonderful piano vibes. ‘When The Sun Goes Down’ is filled with nostalgic and relaxing elements, making it perfect for your ride to home after work.

Initially catching the attention of BBC Radio 1 tastemakers Pete Tong and Danny Howard with his debut release ‘21 Days’, Braxton later drew praise for his 4-track EP ‘Stronger’, with MistaJam claiming it was “the best house record MTA have released since Ben Pierce’s ‘What I Might Do.’

The club circuit has seen him play at The Nest, Fabric and The Arch, and garner support from Cristoph, Yotto, John Monkman and Lane 8, whilst his remixes for GRADES, RÜFÜS DU SOL and Tourist have lead Braxton in a new direction with a deeper sound. His forthcoming release on Anjunadeep marks the beginning of a new journey and will resonate with old fans and new listeners.

Anjunadeep will also return on Miami for its open-air party in Wynwood. The lineup, composed by Ben Bohmer, James grant, Luttrell and more will bring you in a mystical journey I won’t miss if I were you.