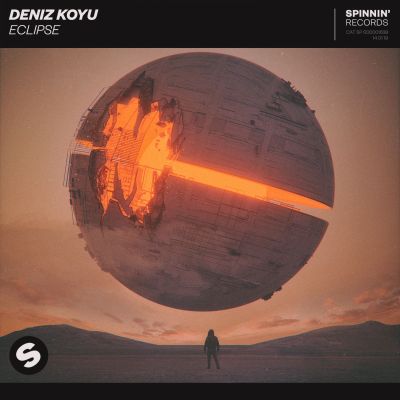 Deniz Koyu seems to have put on old his side project KO:YU to focalize again on progressive house music (according to the last report of 1001Tracklists, the progressive house was one of the most searched and played genre in 2018). ‘Eclipse’ is the name of Deniz’ new single, released today on Spinnin’. Featuring an incredible vocal turned into an electronic melody, ‘Eclipse’ is another refreshing tune to add to your library. A big and rolling percussive rhythm enriches the uplifting progressive drop, delivering yet another gem. ‘Eclipse’ is the perfect tune for the upcoming festival season; it fuses the energy needed to turn the dancefloor up and down with euphoric summer vibes.

‘Eclipse’ is another Deniz Koyu’ success; over the past two weeks, it has already received support by the biggest names of the industry. Nicky Romero was the first to play ‘Eclipse’ on his Protocol Radio, followed by W&W, Fedde Le Grand, Dimitri Vegas and Like Mike and tons more. The track should sound familiar because it was one of the IDs played on the Spinnin’ 2019 Future Hits mix.

Another great addition to ‘Eclipse’ is the official music video, an animated version of the cover art.

It’s recent the decision to come back to the old alias. In 2016, Deniz debuted on SPRS with his new alias KO:YU, more foused on pop and mainstream music. With it, Deniz Koyu released 4 originals (latest was ‘Trippy’ on Musical Freedom) and several remixes. Last year, he decided to come back to the old alias with the release of the beautiful progressive anthem ‘Atlantis’. He dropped a massive collaboration with Protocol’ Boss Nicky Romero too, until this second week of 2019 with the release of ‘Eclipse’.