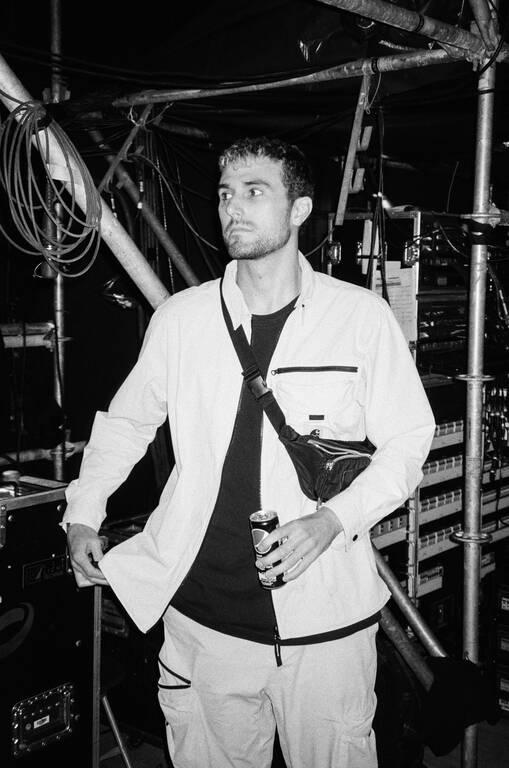 The new album Actual Life 3 (January 1 – September 9 2022), the third installment of ground-breaking producer and artist Fred Again‘s enormously popular Actual Life trilogy, will be released on October 28th by Atlantic Records. To commemorate the news, Fred revealed a new song from the album, titled “Danielle (Smile On My Face),” which samples the acapella of 070 Shake’s “Nice To Have,” which has been the soundtrack to his “real life” this year and is his most-played tune.

The production style Fred used on his debut album, Actual Life (February 2 – July 19), and its companion follow-up, Actual Life 2 (February 2 – October 15 2021), is continued on Actual Life 3. His intimate use of voice notes from friends, videos found whilst scrolling on Instagram, and samples from important records in his life serves as a personal record of his life experiences, offering insight into his world over the past year. A continuation of an autobiographical body of work, Actual Life 3 is a tribute to the ability of music to promote catharsis, healing, and the celebration of the realities of friendship, love, and life while also referencing and advancing the history of UK electronic music.

Today’s announcement comes after a string of well-received club-ready singles released as part of Fred’s “USB” playlist series, including Future’s “Turn On The Lights Again” with Swedish House Mafia last month (his highest charting single to date), June’s rumbling “Jungle,” HAAi and Romy’s “Lights Out” in January, and I. Jordan’s “Admit It (U Don’t Want 2) All four are now commonplaces in DJ sets across the globe, as well as in Fred’s own live performances, a stunningly polished show that takes audiences through material from his Actual Life album series’ heartbreakingly beautiful moments and the unifying, standout songs from last summer, “Marea (We’ve Lost Dancing)” and “Billie (Loving Arms).” The Coachella festival in California was one of the locations where this was witnessed in all its splendor; according to Forbes, “Fred Again.. caught quite the Coachella buzz, and with good cause. His colorful aesthetic somehow captured our society’s collective nervous breakdown of the previous two years and then set us all free.

The talented London artist has already had two critically acclaimed albums from his Actual Life series released. Both fans and critics adored them. As he first turned his Actual Life albums into an immersive, group real-life experience, Fred also became one of the year’s most talked-about live performers last year. His performances sold out across the UK and the USA, earning him a spot on Mixmag’s list of the “Top 10 Live Acts Of 2021.” Fred continued his upward trajectory with the viral success release of his Boiler Room set last month, which has to date surpassed over 5 million streams in only 4 weeks.

After wrapping up a lengthy summer tour that included festival appearances at events like Coachella, Primavera, Melt, Way Out West, Rock En Seine, and All Points East, Fred again.. will continue his live ascent with sold-out performances around the world in the fall of 2022. These include three nights at New York’s Terminal 5, which can hold 3,000 people, and three nights at LA’s Hollywood Forever Cemetery, which can hold 3,000 people.