Solomun, Mathame, Mind Against, Stephan Jolk and of course the label bosses will return in Milan for another Afterlife party 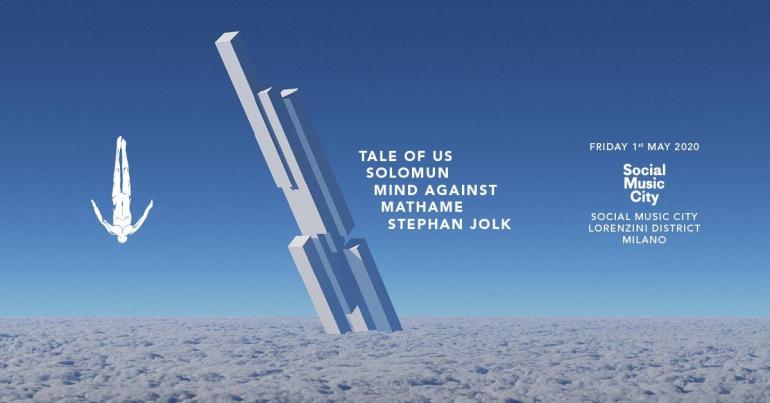 Tale Of Us to return in their hometown, Milan, for Afterlife at Social Music City on the 1st of May, 2020.

It’s been more or less a year since 2019 Afterlife party in Milan and the Italian duo has just announced its come back on their hometown with another incredible party. Again, the iconic Social Music City will be the Afterlife home during the 1st of May with a stellar lineup already announced. Diynamic’s label boss Solomun will be back together with Tale Of Us’ protegees Mathame for a party that promises to be already legendary. In addition, another Italian duo, already announced for Afterlife Tel Aviv will join Milan’s party: Mind Against will make their first apparition at Social Music City in 2020. Completing the lineup is Stephan Jolk; Tale Of Us have played his Nostalgic Guy single some months ago in a reworked version.


Continuing to push boundaries in the electronic music scene, Afterlife has already announced the 7th label party in 2020. Now three weeks ahead from Afterlife Dubai, the Italian duo will move to San Paolo, Brazil, for an already sold-out event, Tel Avivi the 9th of April, and Barcelona in June. Tale Of Us will host the Afterlife stage during both Tomorrowland weekends with a mind-blowing lineup.

Early Bird tickets are already sold out and the 2nd release tickets are running out fast. Afterlife to return at Social Music City, Milan, May 1st, 2020, with Tale Of Us, Solomun, Mathame, Mind Against, and Stephan Jolk. Tickets are available here.