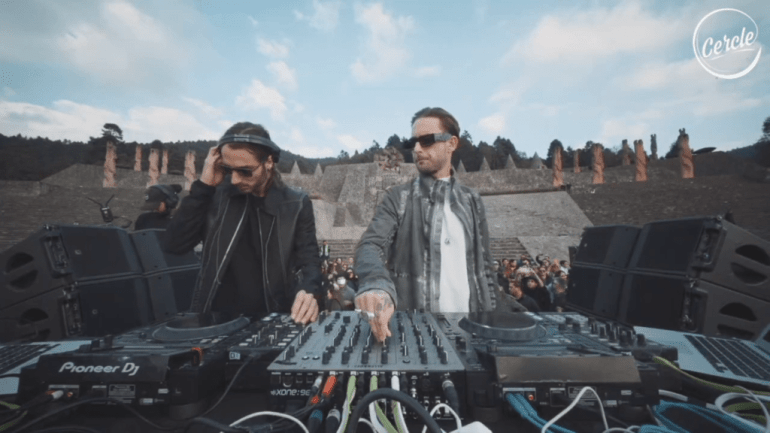 Mind Against perform for Cercle at Centro Ceremonial Otomí, Mexico

Combining house, techno and IDM the two has delivered another incredible set packed of new music

Italian duo Mind Against joined the French company Cercle for a spectacular set at the Centro Ceremonial Otomí in Mexico.

Alessandro and Federico Fognini, better known as Mind Against, are an Italian electronic techno duo. Combining house, techno and IDM the two has traced their path until the top of the international electronic music releasing on the most important music label and performing on most iconic venues and festivals around the world. Their collaboration with the legendary Italian duo Tale Of Us, Astral, on Life and Death pushed Mind Against on the international panorama. In 2017 they debuted on Afterlife with Solaris EP coming back on the label the next year with Days Gone.

Mind Against iconic sound has brought the duo to perform all around the world; the duo, in fact, already joined Cercle in 2018 for a special set at Musée des Confluences in Lyon, France. Now, they’re back, this time in Mexico for one hour and a half of incredible music. Obviously, the duo played a lot of IDs and unreleased music, besides their iconic tunes. The last 20 minutes of the show has been an incredible journey through Mind Against and friends’ new music with at least five new songs (full tracklists here).

The duo played at the Centro Ceremonial Otomí in Mexico. With its 45 hectares, the center is used for ancestral and sacred ceremonies of the Otomí people. It is located at 3200 meters from the sea level and has been the setting for films such as James Bond License to Kill (more info here – Spanish).

As always, Cercle has live-streamed the whole performance that has become one of the most seen live streams in the first hours for Cercle; in fact, in the first 4 hours the video live has been seen more than 1 M times. As always, the full set will be available in high definition on Cercle’s YouTube channel in a couple of days but, you can still check Facebook live below.