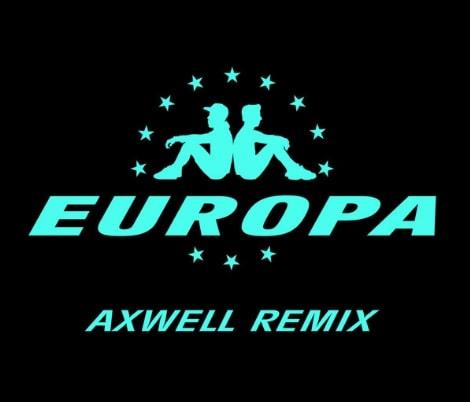 After the worldwide hit Nobody Else of last year and a super recent cut on his imprint Axtone, 1/3 of Swedish House Mafia and label boss, Axwell, is back with a new remix.

Announced a couple of weeks ago via his Twitter, Axwell just put his own spin on All Day and Night. The record is the first release of Jax Jones and Martin Solveig new duo project Europa. The duo will play at Ultra Beach in Croatia this year.

Axwell turned an oriented pop-house hit into a club anthem, thanks to his signature sound. Bringing back the 2000s vibes with the original tune, Axwell added his funky and housy signature sound made by catchy loops and perfect percussive rhythm. Keeping the iconic vocal unaltered, Axwell brought back the tune to the house music golden era. With a wide but yet effective baseline and a powerful second buildup, All Day and Night remix by Axwell drops in a super catchy second drop.

Even if the remix has been announced recently, an older version, softer and more chill, was around some months ago.

Axwell, as well as Axtone, seem on a great roll lately; with Axwell returning part of the Swedish House Mafia, Axtone podcast Approved that has already conquered fans’ heart and the tight release schedule on the label, we are super happy of this great amount of high-quality music lately.

Axtone will also host its own stage at Tomorrowland this year bringing an incredible lineup behind the decks.

You can check Axwell’s remix of Jax Jones and Martin Solveig, Europa, All Day and Night below or you can download here.